It’s about time I posted this. Months ago this photo on Flickr was spammed by a company selling “all of categories for industries and life”.

I’m sure he never looked closely at the title of the image or translated it in to his local language.. 🙂

I am a vice director of Flickr Report Abuse Co., Ltd to
supply all of categories for photo-sharing industries and
life.

I had to read it twice, but cracked me up once I got it! 🙂

If you have a Flick Pro account, check out the new Flickr stats. You have to activate it first but it only takes 10 minutes or so for it to generate your stats.

What surprised me was that my Pink Flowers photo was the most viewed image yesterday. It’s a nice photo but by digging into the stats I see that search engines sent 71% of the traffic. Just goes to show that you should set the title of your photos carefully!

QOOP are offering a free postcard “while stocks last” that can be sent anywhere in the world. It prints from your Flickr stream and it’s dead easy to do.

What’s the catch? You need to sign up. For any company that’s well worth the minor cost of printing one postcard and mailing it. Still, free stuff is free stuff! (via)

I’m not sure how new this Flickr feature is, but it still has the “new” graphic next to it so I’m certain I’m sailing through unchartered waters for at least some of my visitors. You’ve all probably been to the Recent Activity on your Flickr account by now, but tucked in at the bottom of that page is a link to Get updates by email.

Looks like Flickr can now email you when you get a new comment on a post, or when one of your contacts uploads a new photo! It’s also possible to do the former by subscribing to the feed on your recent activity page. That’s what I do, and I also use that feed in my Flickr comment importer to bring Flickr comments to this blog. So, pick your medium, RSS or email. Which do you prefer for notifications?

Just in case you hadn’t noticed, the Flickr Blog is now hosted at WordPress.com! If you’re logged into the site you’ll see the familiar blue admin bar at the top of the page.

The latest post has some great shots of the STS-117 Atlantis launch. Better move your feed reader to the new feed!

Here’s a neat way of embedding Flickr’s slideshow feature in your own blog. flickrSLiDR asks you for a set in your Flickr stream and then gives you some html code to paste into your blog post.

He’s cheating a small bit though. He’s using Flickr’s own slideshow application and simply passing the right parameters to it. Take a look at the code at the end of this post to see for yourself!

Here’s a slideshow of my WordCamp 2006 photos. I’m looking forward to the next one in SF in July!

Oops. And just after publishing this post I realise that it’s a bad thing to post a Flash application that loads lots of photos so you have to click into this post to see the slideshows. They won’t show when in archive mode. Phew.

END_OF_DOCUMENT_TOKEN_TO_BE_REPLACED 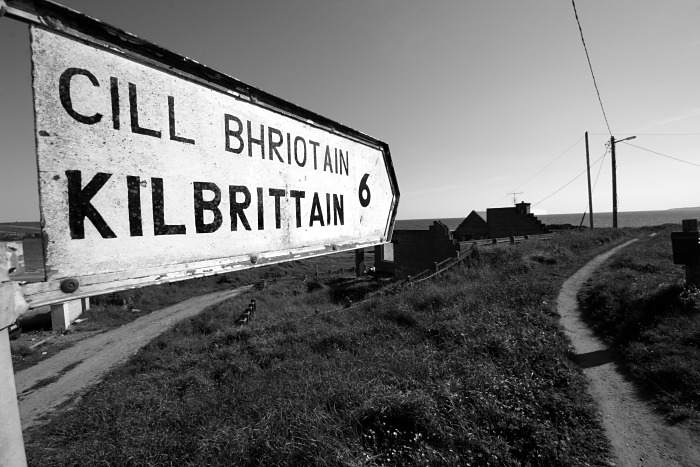 A sign points to Kilbrittain in Co. Cork near the beach at Garrettstown.

Has it been 2 years already Ryan? My Flickr account expires in February 2008 so I have a bit more time on my hands. It’s been well worth it however!

Flickr has a wonderful mapping system that makes it super easy to view photos from a particular location. Unfortunately Flickr can’t automatically figure out where the photo was taken. That has to be done by the user but it’s as simple as opening the map in your browser and dragging it to the proper location. In the future your camera will do this for you like the brand new Canon 1D MKIII already does.

I do offer one warning. There are 17 pages of photos around Cork City center alone. It’s going to take you a while to get through them all but it’s an enjoyable romp around the city. You might even come across a few new sights! Go explore the city!

If discovering Cork isn’t enough, you can also visit Dublin, Galway, Limerick, Waterford, or even Blarney. Out of interest, I tried Mallow too but the link given for that doesn’t seem to work unfortunately. I previously mentioned this mapping system here but it’s worth another look if you missed that post.

It seems that everyone is up in arms about recent changes at Flickr:

Yes, the changes to tags and contacts will hurt a tiny minority but for almost everyone on the site it won’t make any difference. Yes, the change to using Yahoo! IDs will mean Yahoo knows about your photos, but if they know about your email and stock portfolio already what are you worried about? They’ve got more than enough demograpic data to go on to market to you!

Unfortunately I can’t recommend Zooomr either because their service is so slow – images take an age to download, and when they do download, they aren’t cached by the browser. It’s really frustrating using Zooomr.com when it’s so slow as it has so much potential and the people behind it are so smart and full of ideas! Fix the slow connection, caching and add a “blog by email” feature and I’d be over to Zooomr faster than you can say “Flickr sucks!”

There are plenty of pissed off Flickr users, but I’m not one of them. Have a nice day!

Update: Treasa is as upset as I am! Oh Lordy!

Update 2: Richard isnt worried either. Definitely a storm in a teacup.

It looks like Flickr have changed their algorithm to decide what makes an image interesting. I noticed this a few weeks ago when my number of interesting photos almost halved to 14 photos.

What has happened is that Flickr doesn’t count views and comments from certain groups on the site. Why? There are many critique and comment groups where members are asked to comment, favourite or view a certain number of other’s photos for every photo they add. In the past this has been a great way of getting your photo to the top of the Interestingness ladder but was obviously not always a realistic view of how good a photo is. I expect these groups will become less popular and groups on a specific subject will grow in popularity. New critique and comment groups will appear in an effort to outrun the Interestingness filter but I’m sure there’s a little “ban group” button the guys at Flickr can push so it’s probably a futile effort.

I’m disappointed, but also glad that this has happened because it may stop people dumping photos into groups, leaving short and useless comments and obsessing about popularity. What else can you do?

Good luck, I’ll update this post from time to time with new tips when I come across them.

PS. I’m helping my brother Donal with spot prizes for his charity table quiz tonight. Can you help? 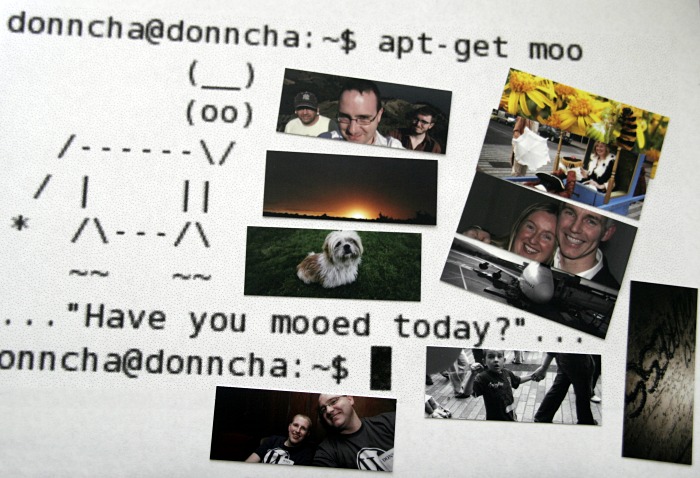 Have you mooed today?

I wondered earlier when my moo mini-cards would come but I needn’t have worried. The postman delivered them today! Very cute they look too, I’ll have to order more!

I decided to get FAlbum working again. You can now view my photos in a more navigable format than this blog allows because it uses Flickr thumbnails. It even shows the tags I use, and that I misspelled irishblogs.. Does anyone know how to mass-delete a tag from lots of photos? Oops.