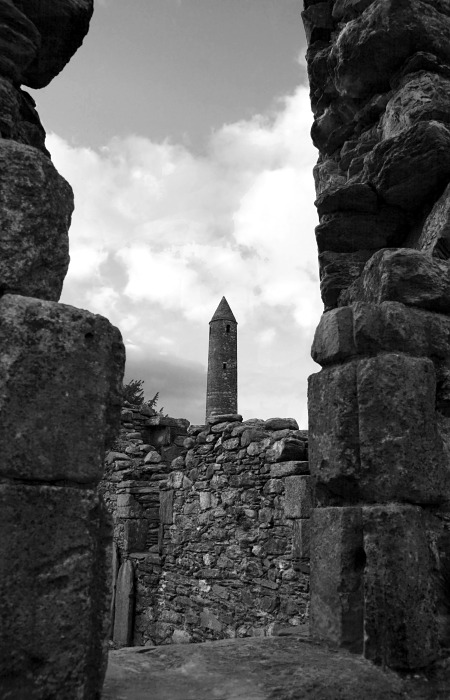 Round Tower through Window

The round tower at Glendalough as seen through a window of the nearby ruins of a church. 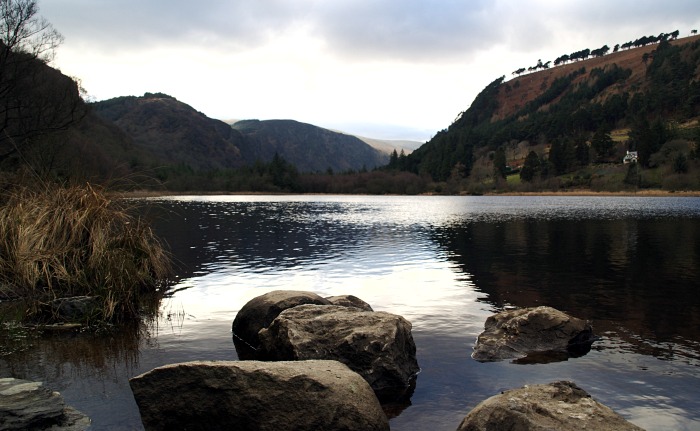 Glendalough derives it’s name from the Irish name for the area, “Gleann Da Loch” which roughly translates as “glen of the two lakes”. It was a cold enough day so we only got a good look at the lower lake, but I’m looking forward to visiting again! 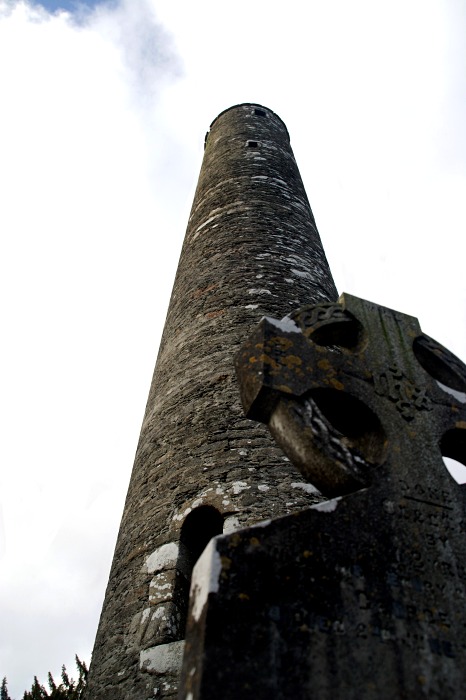 A Christian graveyard lies at the base of the round tower at Glendalough. Here’s a detail of a gravestone with the tower in the background.
Looking around, we saw graves from the 19th century, but I’m positive there are older graves.
Way back in 2004, I took some shots of the round tower at Ardmore and that town too. I was slightly nervous at Glendalough because I stumbled over a grave at Ardmore, hitting my Sony 717 off something and it died on me shortly afterwards. Thankfully the same didn’t happen in Wicklow!