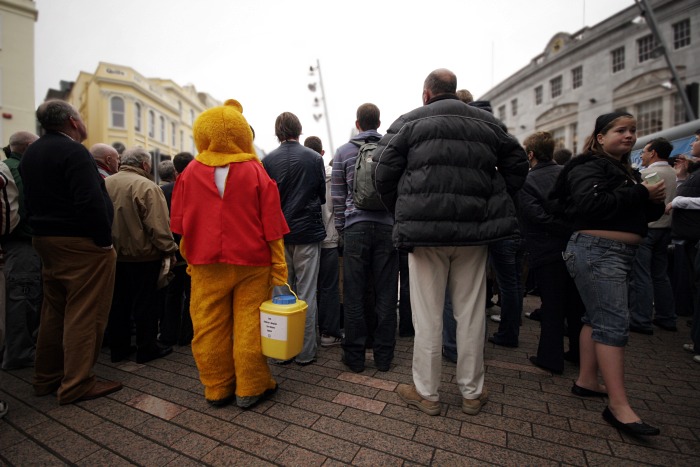 A charity collector stops to watch street entertainers on Patrick’s Street last October. The orange and red costume stands out just a little bit next to the dark clothing of those around him.

I almost jumped with glee when I saw this scene in front of me but the image itself paled when viewed later. The background buildings were too sharp so using layers and a layer mask I blurred the background and cropped the image a little.

Black and White Photography magazine has two articles on street photography this month.

One reply on “The odd one out”

The blurring that you’ve done on this photo is perfect. When I first saw it, I thought it must have been taken with a lens with a seriously big aperture, especially on a photo this wide-angle. After reading though, you say you’ve done this in post-processing. It looks very realistic, very well done!