The fabulous Tritons’ Fountain in Valetta, Malta. The fountain was built between 1952 and 1959. I’m glad I saw it after it was restored in 2018. It seems to have had an interesting life if the Wikipedia page is to be believed. 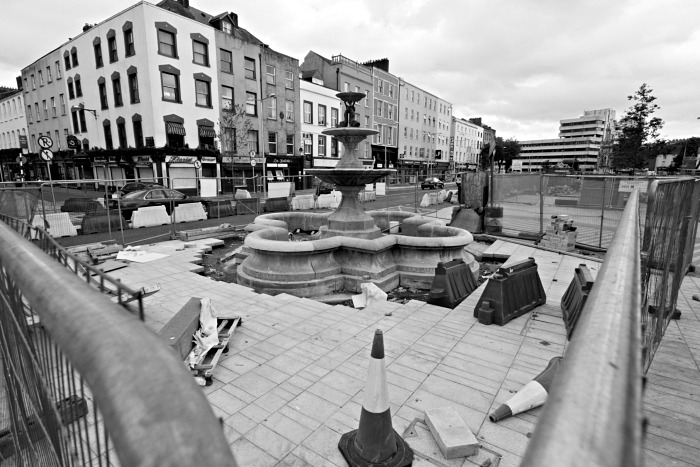 The Berwick Fountain was originally built in 1860 but was taken down and removed while construction went on in the Grand Parade, Cork. Here it is almost ready, although I’d swear they moved it a few feet ..

Cross over the Grand Parade for the last time passing the Berwick Fountain (1860), which marked the centre point of a bridge crossing what was then a city canal, now arched over and filled in to form the Grand Parade. The fountain is named after Walter Berwick, one time Chairman of the Quarter Sessions and was designed by Sir John Benson.