The Elysian, the tallest storeyed building in the Republic of Ireland was completed in 2008, but before that An Post had a sorting office on the site, and before that it was a train station. Out of the shot to the left were buildings belonging to Suttons on Albert Quay up until 2015 but have since been demolished and now One Albert Quay sits on the site.

This photo was taken in 2005 on US Day, October 1st, after the An Post building was demolished. It’s a panorama made (in Affinity Photo) from a number of images, one of which I posted in 2005. I think all or most of the chimneys in the background have since been demolished as well. You can see some photos my cousin Siobhan took of the docklands and these chimneys here.

The archiseek page I linked to in that post is gone now but I found it on archive.org:

One of the most exciting developments put before Cork city in many years is to be greenlit come Thursday 7th July 2005. Though the notion has been somewhat of an open secret these past few weeks, a source with Cork City Council has declared that the proposal by O’Flynn Construction will be granted subject to approx. 20 conditions [?] after Senior Planner Ronnie McDowell signs his name this Thursday. Details of these conditions will be made clear here either tomorrow evening or Thursday evening latest.

The project was originally lodged for the 3 acre, former An Post Sorting Office site, last October 8th 2004. Further Information was requested on the development on November 1st 2004, following a questionable planning authority handling of the application. The first request was responded to on December 23rd 2005 and a due date was set for Feburary 23rd 2005 – however, trouble was encountered with the application in the hands of planner Evelyn Mitchell when it seemed as though CCC were only willing to grant permission for the project subject to a near 50% reduction of the 550 basement parking spaces proposed. Other issues that proved a sticking point included light reflection of the tower and the height surrounding block parapets. Additional Further Information was requested and Senior Planner Ronnie McDowell took over handling of the application.

Where the original Wilson Architecture designed project comprised of 217 apartments over blocks ranging in height from 6 to 8 storeys, w/ a 17-storey landmark tower (70m) in the southwest corner of the site (facing the South City Link Road), 550 basement parking spaces over 2 decks, 7 own-door office units and 5 large bulk-goods retail units – the revised application submitted in response to the Additional Further Information, received on the 13th of May 2005 – altered the plans so that block heights of the parameter buildings reduced to 6-storeys with a set-back level, rearranged building layouts (providing a new ‘pod’ building in Northern end of the site) and new glazing features for the landmark tower (which otherwise remained untouched). CCC concluded that for such residential developments as Eglinton Street, parking spaces as proposed would be generally acceptable given that apartment sizes were generally designed to accommodate long-term residencies (some 3-bedroom apartments extending to 1,900sq ft) and that reductions in space provision would clutter surrounding, heavily trafficked streets with unwelcome additions using the retail, office and residential facilities of the development. The revised application in fact, actually allowed for an increase in apartment unit numbers from 217 to 226.

Only 1 objection was lodged in response to revised plans – that of a nearby resident Cait Ui Connail, who cites that the development will affect her light and bring unwelcome traffic from persons utilising the retail facilities. The developers have noted in response that among the reasons for such a large basement parking provision was to address such traffic concerns and that the tower overshadowing had been well studied and assessed, concluding that it did not affect nearby residency light given its design, shape and location in the site.

Should this prove to be the final planning step for OFC with regards Eglinton Street. Construction is scheduled to start in early 2006. 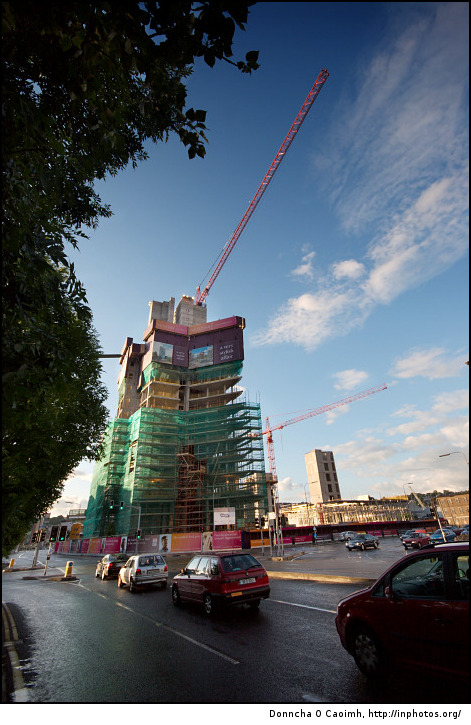 Traffic by the Elysian

Traffic stops at the lights by the building site of the Elysian. I passed by the other side of it, past the low rise section of the building and it towers over the street.
It’s massive! 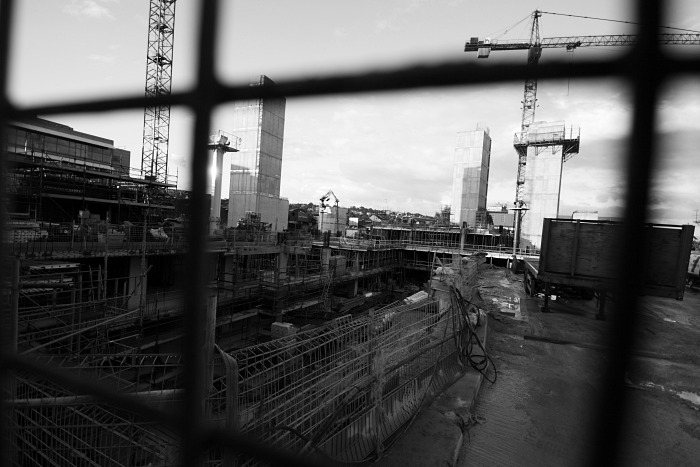 A look through the closed gate at the construction site of the new Elysian tower block in Cork.

It’s a far cry from what the building site looked like in 2005! 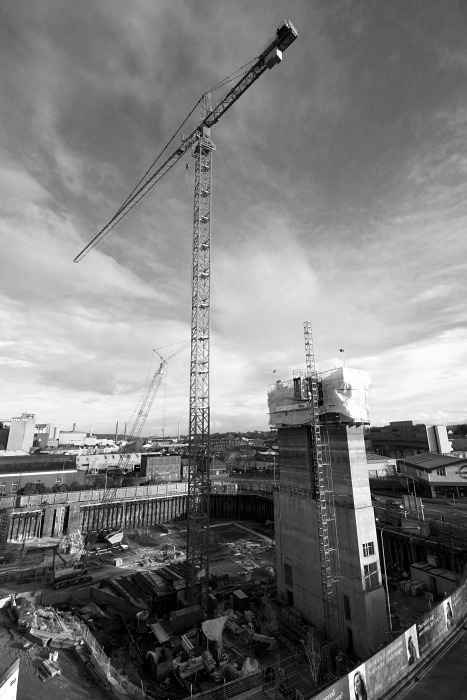 Looming over the building site

A tall crane looms over the building site of The Elysian, a new high-rise building that will house offices, apartments, a shopping center and underground parking. The main tower of the new building will be 17 storeys high, taller than anything else in the city.

Over a year ago I took a photo of the building site as it was then for the US Book. As you can see, they’ve dug the foundations and started on the main tower.

This picture was taken from the top of a 4 storey car park which gives you some idea of how tall that crane is! 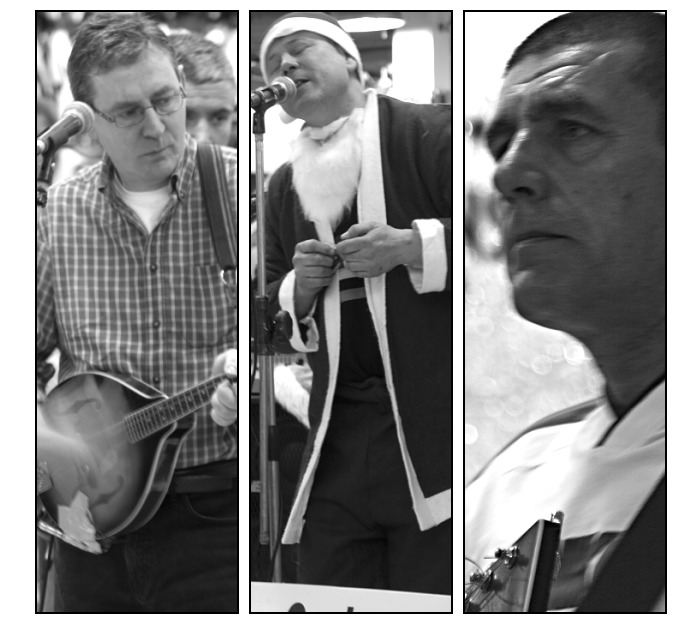 Scapa Flo played for free in aid of the Belarussian Orphanage Project. Pictured here are 3 of the band members. 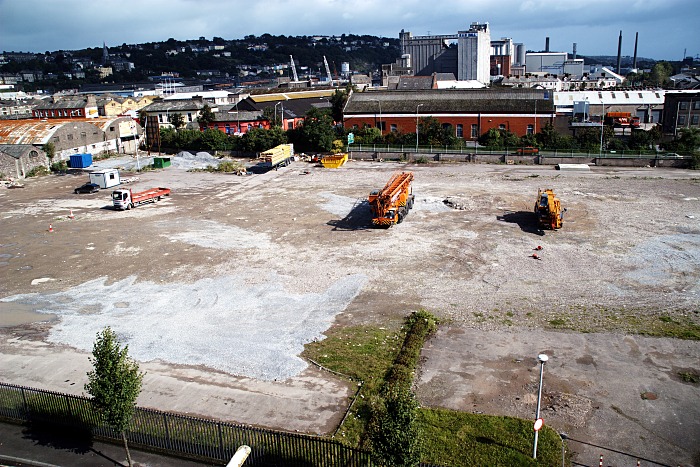 Site of the new highrise block to be built in Cork.