A clock suspended from the roof of Heuston Train Station, Dublin.

The odd thing about travel is that I’ve probably been in the US more times than I’ve been in Dublin, and certainly have been in London.

Grim faced people walking along O’Connell Street in Dublin a month ago. 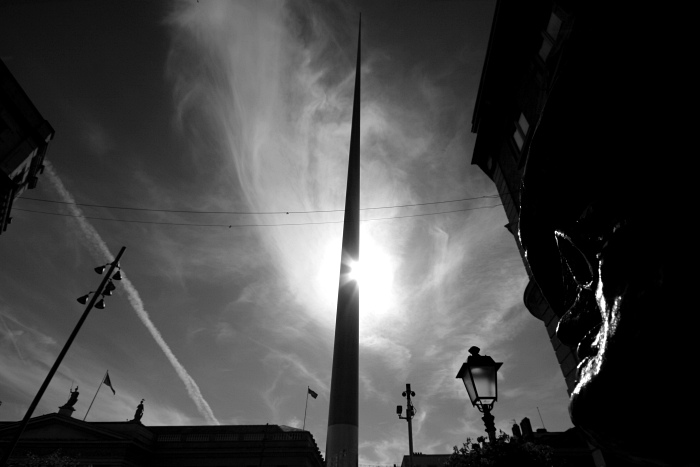 Joyce and the Spire

James Joyce, forever forced to look upon the Spire on O’Connell Street Dublin. Here’s a humorous look at the names of the statues and monuments in Dublin. I had heard that the Spire was nicknamed the “Stiletto in the Ghetto”, but I hadn’t heard it called, “North Pole”!

Overhead wires destroy urban photography and this is no exception. I could have tried to clone it out but it’s notoriously difficult to clone out objects against a varying sky. Ah well. 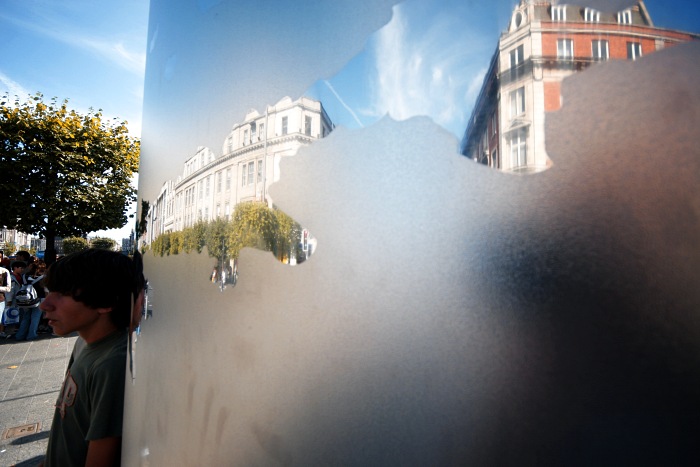 Reflection on the Spire

O’Connell Street in Dublin is reflected in the polished surface of the Spire. A young teenager leans on the edifice in the shade away from the glaring sun. This was inspired by a shot I saw one another photoblog, can’t remember which one now. Does anyone know the image I’m talking about?

If you’re curious, the Spire can just about be seen from space as Google Maps shows! 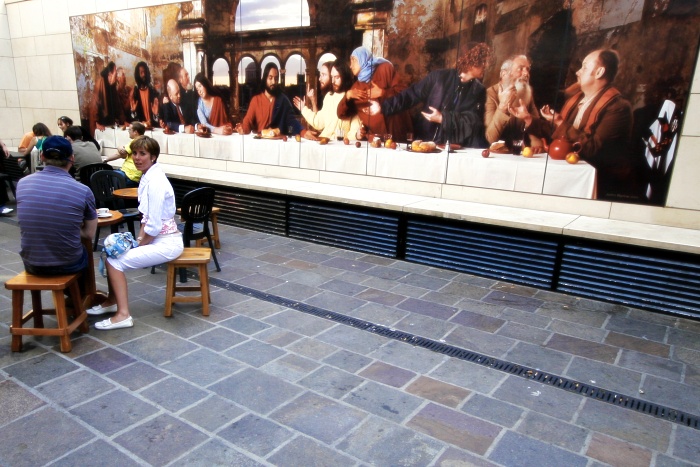 A mural on a wall in Dublin a few weeks ago.

We passed this while walking back to our hotel. I get the feeling there’s a story behind this picture. Does anyone know it? 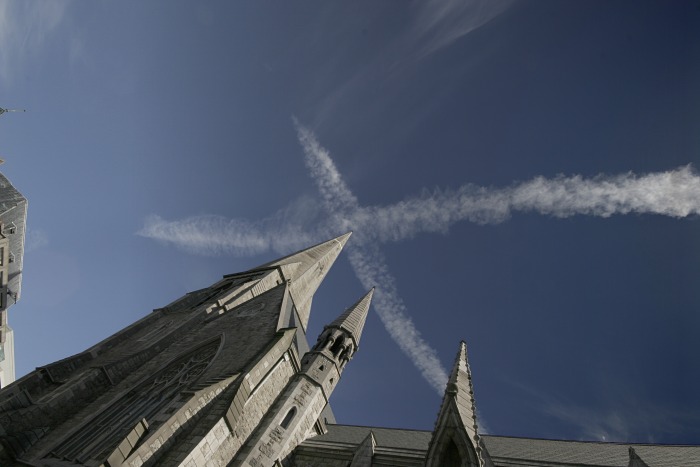 Cross in the sky

I noticed this cross in the sky while walking around Dublin a few weeks ago. When I saw a church I had to make this shot and I’m quite happy with the way it came out! 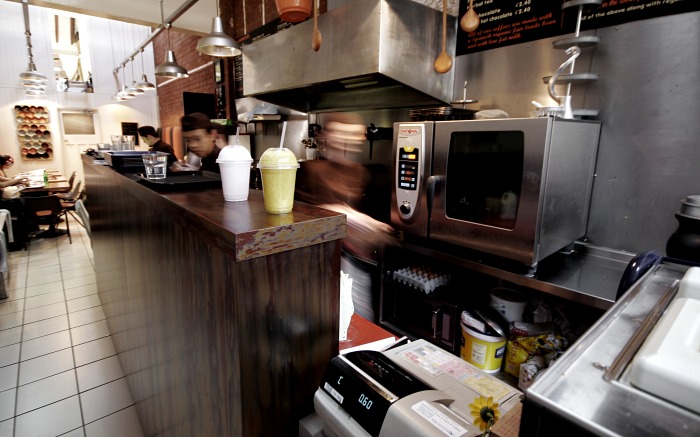 We bought smoothies in Honest, a small shop in Dublin. They were having problems with their machines and gave us one of the smoothies free but they didn’t taste all that great unfortunately. 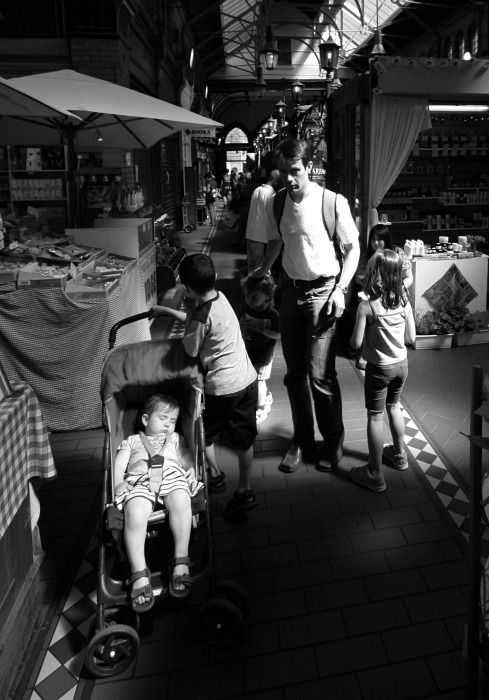 A child sleeps while the rest of his family mill about.

Taken in the same market as yesterday’s music posters in Dublin. 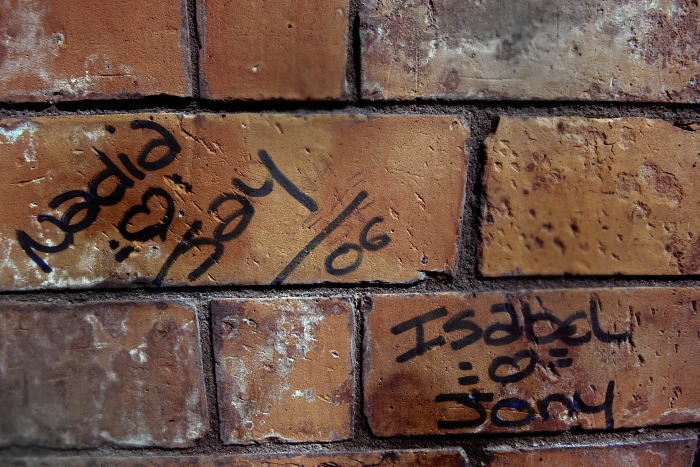 Messages of love scrawled on a wall in Dublin. 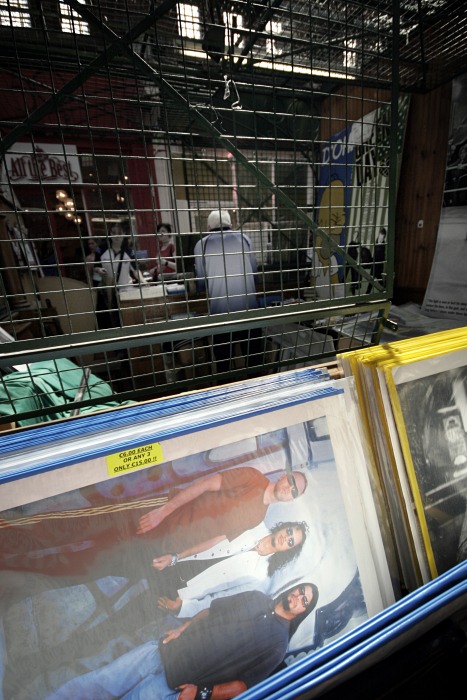 Music posters for sale in a market in Dublin a few weeks ago. 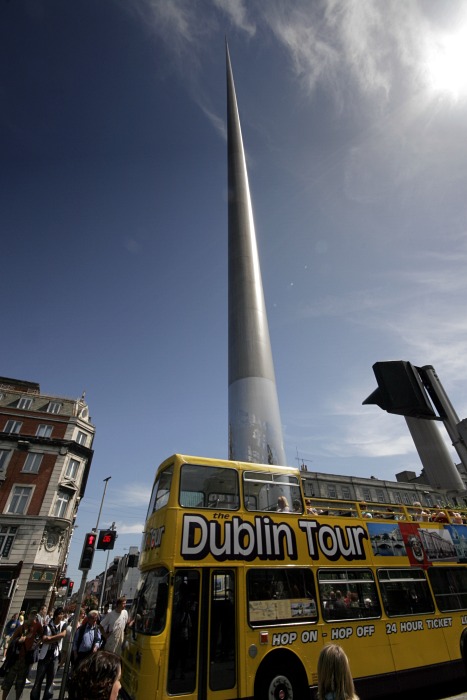 Hop On, Hop off the Spire (print)

The infamous Dublin Spire with a tour bus in the foreground.

“The Dublin Spire is one hundred and twenty metres tall, making it by far the tallest structure in Dublin city centre. It is three metres wide at the base and tapers to a 15 centimetre wide beacon at the top. The top section is perforated and lit by small LEDs.”

I like these: What Goes Up and Rosie and Nora. 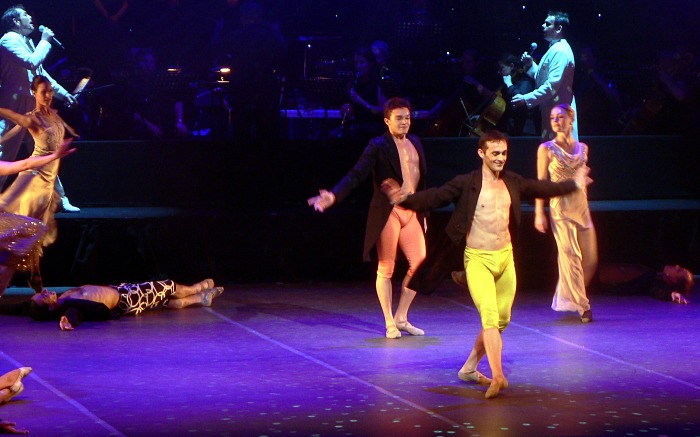 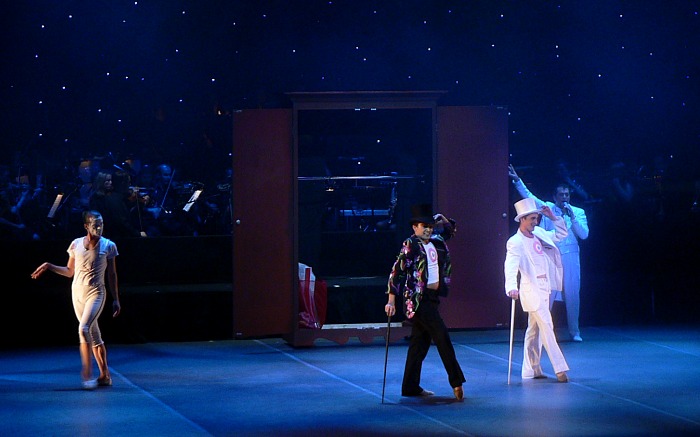 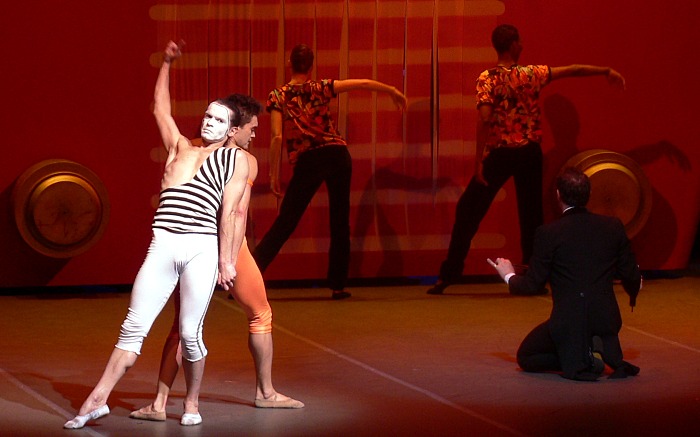 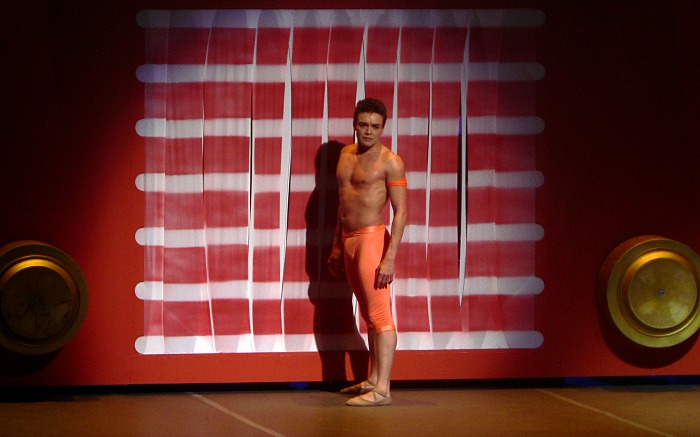 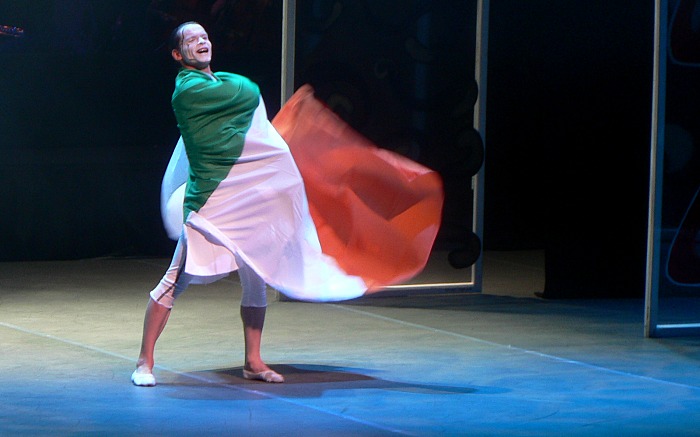 Queen at the Ballet – God Save The Queen

Queen at the Ballet is a ballet accompanied by the music of Queen. It features an on-stage orchestra, and two charismatic vocalists sing and act as ringmasters for the action on stage. It played for the last two weeks in the Point Theatre, Dublin, Ireland, but it’s moving on now. If the show comes to your city make sure you go!

I’m a big fan of Queen music, so seeing this show was an emotional and amazing experience for me. Jacinta loved it too, soaking up the music and the visuals with me as we were awestruck by the performance! Easily the best show I’ve seen!

Thanks to the generosity of Ken Guest and Aisling and Proinnsias and Sinead we were able to go see the show. We’re still fairly broke so soon after our wedding and I really must thank them sincerely for making this happen!
It was remiss of me to forget another three important people who helped us greatly! Donal and Celine took care of Oscar for the weekend. My sister Mairead helped too, bringing him for a walk in the lovely sunshine! Thank you all!

Photos were taken with my Panasonic FZ5 from about 20m away so please excuse the poor image quality! Besides which, I didn’t feel like using the camera much because I was enjoying the show so much.

Surprisingly, “God Save The Queen”, was part of the show. A performer appeared on-stage waving two tiny Union Jack flags as the orchestra played the anthem of the United Kingdom.

He looked sheepishly out at the audience, put the flags back in his pocket and unfurled the Irish tri-colour waving it about to cheers and applause before wrapping it about himself as the lights went down and the music faded.