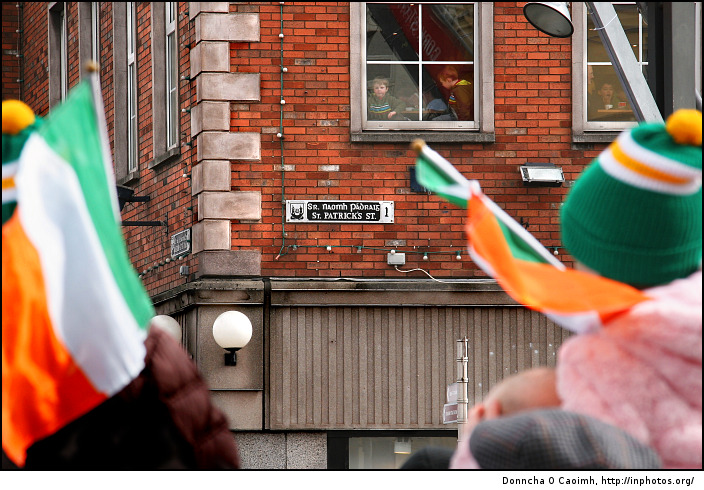 Children look out of an upstairs window in Merchants Quay shopping centre. When I took this shot I didn’t even see them!
I was concentrating on the kids in the foreground with their flags. I think they frame the street sign rather nicely and ties in with the name of the day too.

Check out some great photos of Inchigeela from the 1960’s on textlad’s set. Thanks Katie, they’re wonderful!

This reminds me of someone at Mallow Camera Club who showed a number of slides he had bought or got off a priest who had served on a mission in South America. The images were from decades ago and the priest was dead and buried by now. Pictures were still as good as ever, but they’re languishing in a slide box now. I’d love to see them uploaded to Flickr and made public.

Do all the street signs in Cork use the tradational Gaelic script, or are they phasing them out with cheap italics like in Dublin?

I think it’s only the old street signs but I could be wrong. I never noticed really!