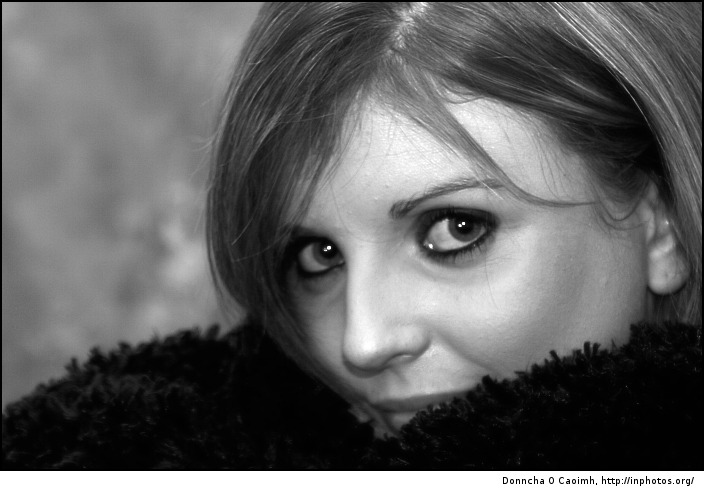 This is one of the beautiful girls who modeled for Mallow Camera Club in September 2006. I can’t remember her name, and at the time I was totally unhappy with the image, but maybe it’s because I haven’t looked at it in a long time, I really like it now.

I shot several similar ones to this, but unfortunately many of them are under exposed. We had studio lighting but because several photographers would shoot at one time and their onboard flash would activate the studio lights so it was hit or miss whether you got a correct exposure or not.

Besides which, I was nervous as well, and didn’t know how to direct someone to pose for me!

stunning eyes…you were unhappy, are you mad?!

Thanks ladyb! I was so disappointed because most of the images I took that night came out under exposed. AFAIR I had to push this image a lot and it’s still a bit dark. The eyes came out great though, really happy about that!

[…] on their photos. Unfortunately it took longer than I thought to work on them. Here’s a photo of the other model I shot that […]

I MEET U ANOTHER TIME IN THE WORLD