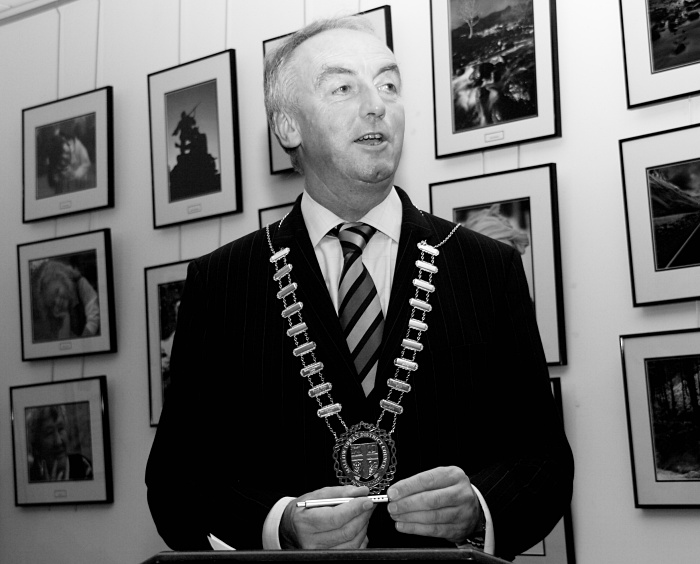 The Mayor of Mallow, Cllr. Noel O’Connor at Mallow Library at the start of the Mallow Camera Club photography exhibit. 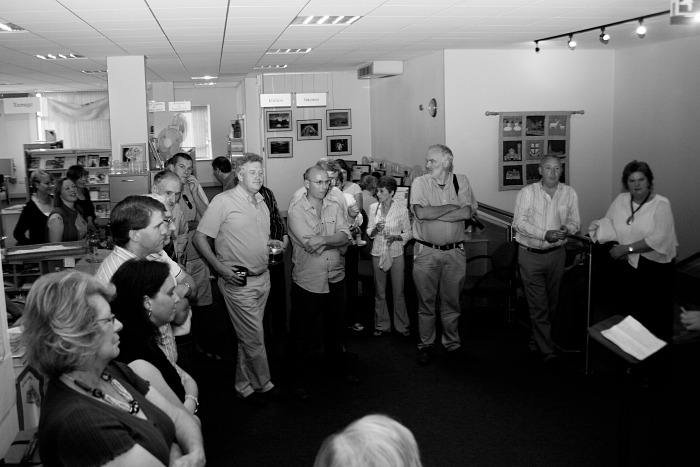 Members of Mallow Camera Club and the public gather at the photo exhibit in the Library. 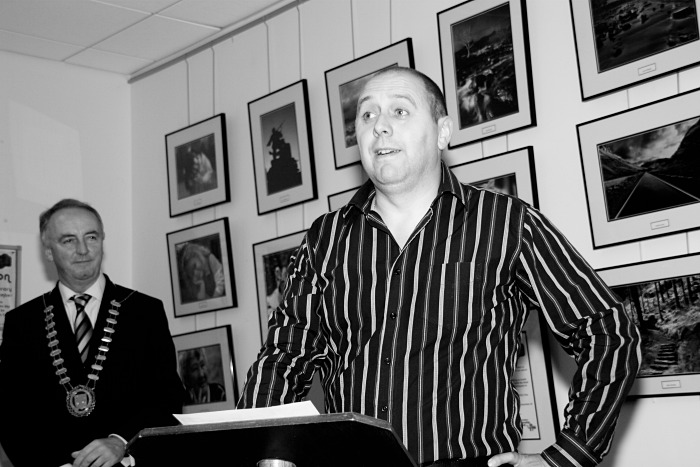 Sean O’Riordan talks about the trip to South Africa with the Niall Mellon Township Trust. 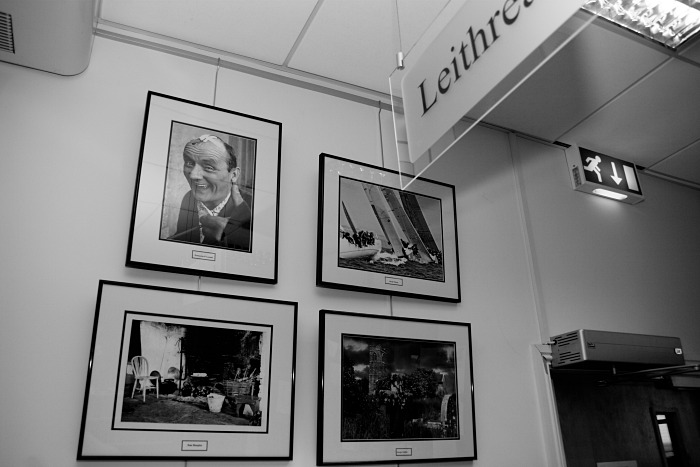 My photo of Brendan O’Carroll in the top left!

The photography exhibit last night was a great success. I don’t think there were any sales, but it was nice to see everyone again, and the number of babies prompted a few people to comment that the club should get a creche in ..

John Doheny has updated the original announcement post with more photos. Thanks to Damien and Donal for linking back to my post. Hopefully someone will remember over the next few weeks that the exhibit is in the library and pop in for a look!

Update! Thanks Conor and Tom for linking too!