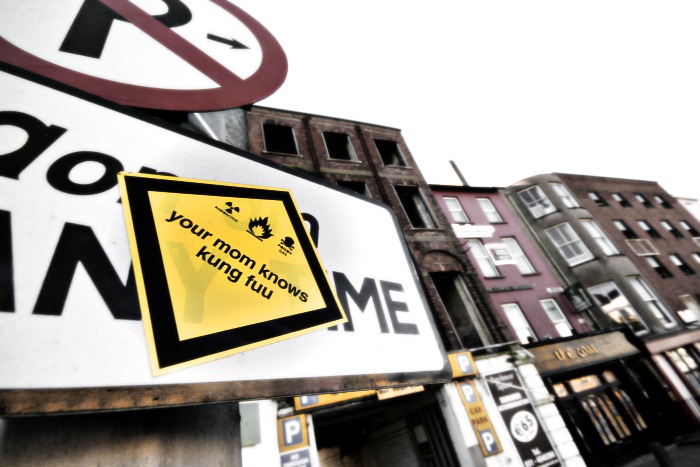 I’ve been bursting to tell everyone for the last few months that in 2007 I will become a father!

Jacinta, my wife, is pregnant and she’s due in the middle of April! We’re very excited about it but also nervous. We don’t want to know or care if the baby is a boy or a girl. A healthy baby is all we want. Guys – look out for the book, “A bloke’s guide to pregnancy”. It’s a great read, very entertaining and will explain a bit about what to expect and what’s going in your partner’s body! Now you know why I was more than a little interested in who was pregnant on Today FM!

Don’t be surprised if my blogging slows down a little bit around April, but I will try and have about 2 months of photos ready to be posted for late April and on to May. Hopefully things may quieten down and get into a routine after that.

And now I can reveal the only event that marred what was a great year in 2006. The main reason I didn’t attend the Irish Blog Awards last year was because Jacinta was pregnant at the time and the pregnancy wasn’t going so well. Unfortunately, she had a miscarriage soon after.
I find that miscarriage is a taboo subject to talk about. Very few bloggers will talk about it even though 1 in 4 pregnancies will probably not go full-term. Maybe it’s superstition and considered tempting fate to even bring the subject up. Whatever the reason, it’s an awful tragedy for expectant parents to go through.