A young boy sits on his dad’s shoulders to get a bird’s eye view of the St. Patrick’s Day Parade in Cork this year.

This image reminds me of a photo I shot of a girl last year. She was standing on a wall or something and up high too! 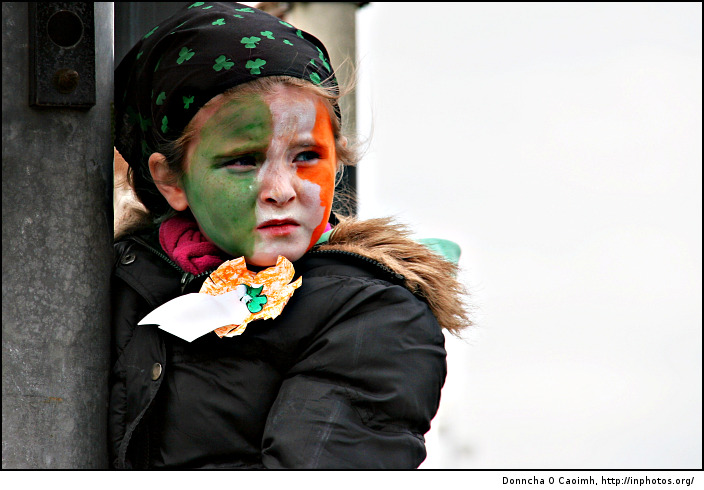 A young girl leans on a traffic light where she has a bird’s eye view of the St. Patrick’s Day Parade in Cork. 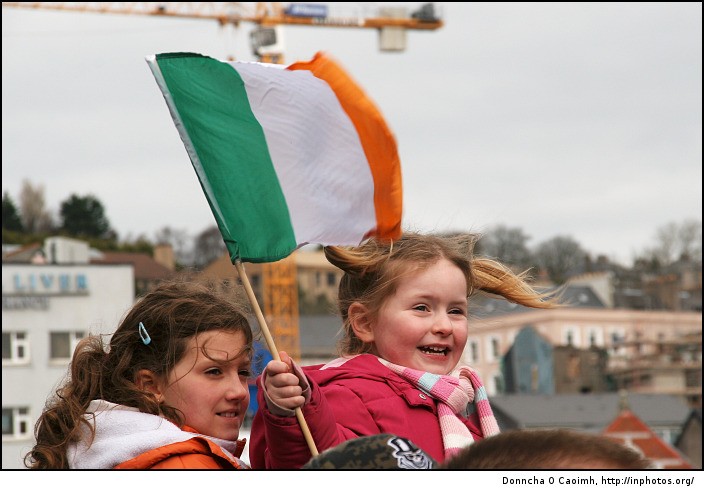 St. Patrick’s Day is for the kids

A young girls waves her Irish flag in the air after spotting part of the St. Patrick’s Day Parade in Cork approaching.

I shot several decent shots but it’s late and I’m tired. I was quite disappointed with the parade and left after half an hour. Like previous years there were huge gaps between some of the groups partaking in the parade.

It was strange to see the Special Olympics group striding up Patrick’s Street all alone with no other group in sight. They proudly showed off their medals and the crowd cheered and clapped for them. I’ll have a photo of them up here later in the week. 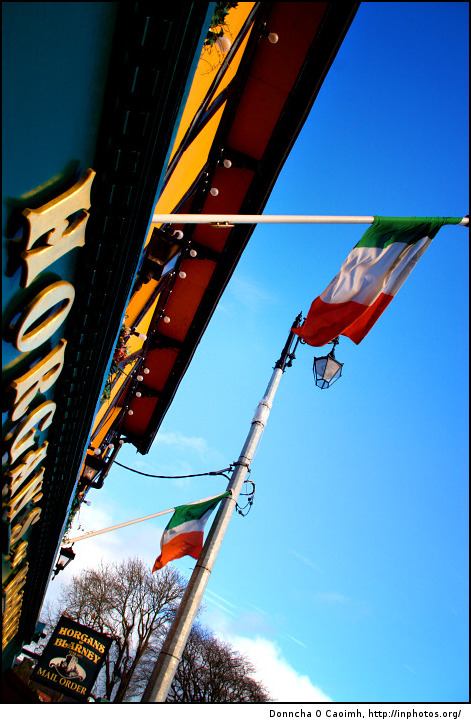 The Irish flag flies outside Horgans of Blarney, a souvenir shop in the village.

Despite the fact that it’s between the butcher’s and a pub, I’ve never been in there. I doubt most locals have been. 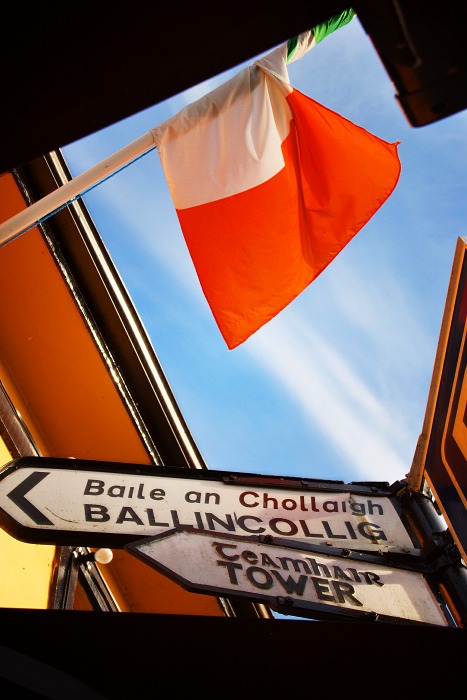 The Irish Flag, or Tricolour hangs outside the Muskerry Arms Pub in Blarney. More here: http://en.wikipedia.org/wiki/Flag_of_Ireland

The beautiful weather recently provided a perfect opportunity to shoot outside. Yay!