San Francisco will be the gathering place for a large number of WordPress fans at the end of the month as they go to the 2009 San Francisco WordCamp. I won’t be there unfortunately but places are already in short supply, if not all sold out at this stage. It’s going to be a blast!

Here’s a shot I took in 2007 from outside our hotel near Union Square. Love the reflection of the building in the bonnet of the car and glad I got those tourists too! 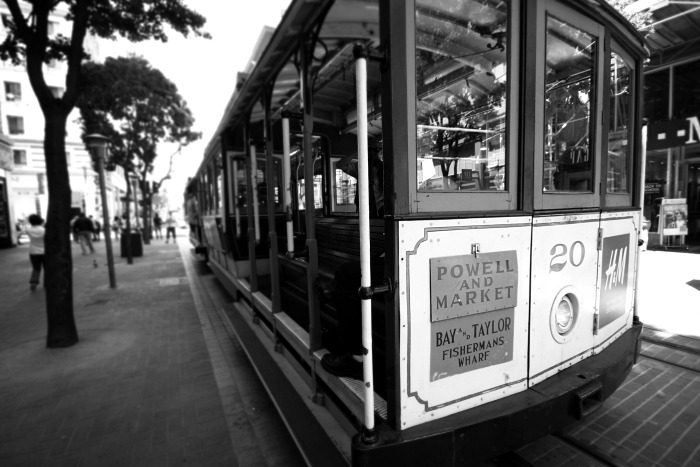 A tram waits for tourists a few blocks from Union Square in San Francisco. It’s a popular attraction. There was a long line of people waiting to board just behind me!

Technique – I used a blurred layer with a layer mask and circular gradients to create the blurred background. Black and white conversion with colour mixer. 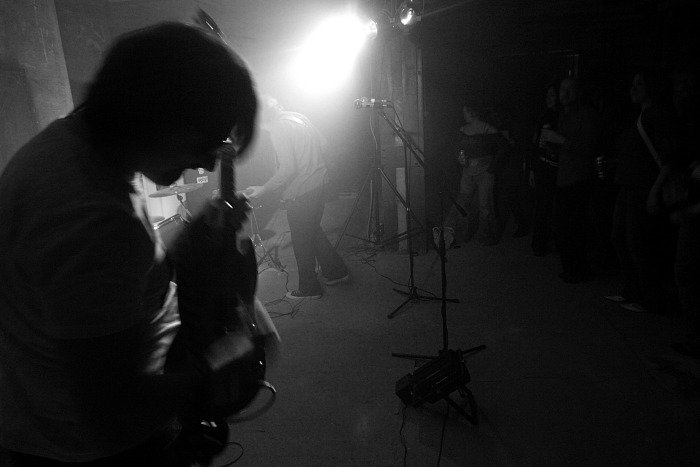 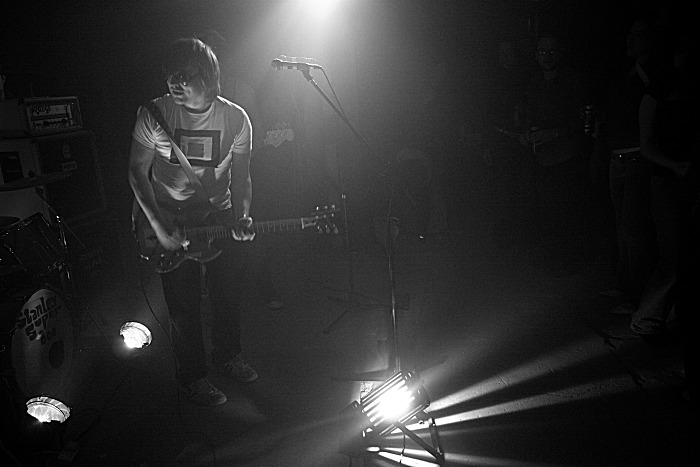 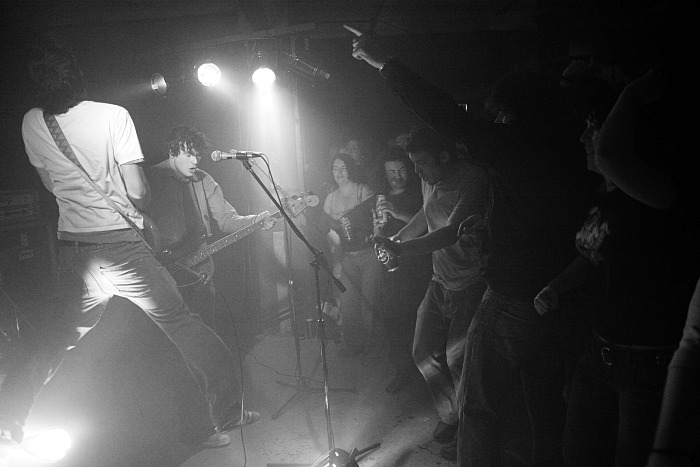 Where does the weekend go? Last weekend was "getting the baby stuff together" weekend, but it was also buy another UPS time too as Blarney was hit by another couple of power cuts. It was also Ken‘s stag and I was simply too tired to go out on Saturday night so I missed all the fun in the Indian Palace and the pub afterwards. Sorry about that!
Sunday morning was more of the same – work some photos for the blog, build a chest of drawers. Who knew preparing for a baby would be so much work?

Anyway, come 4pm Sunday afternoon I was in the old tram power station on Caroline Street to watch Cork band Stanley Super 800 record their new video "Gatecrashing". Over the next few days I’ll post a few photos from the 2 hour session. 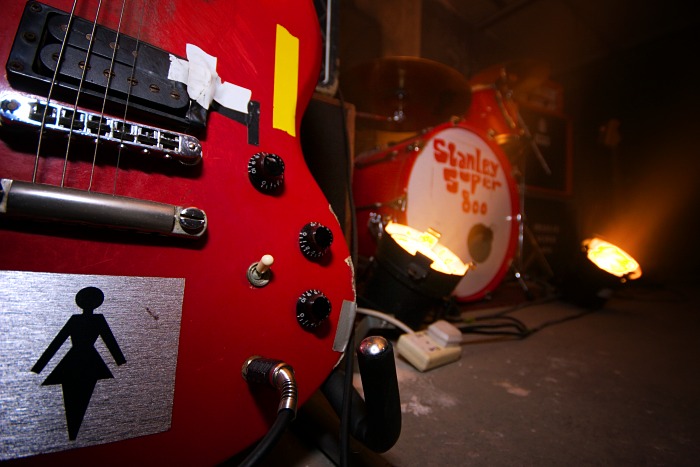 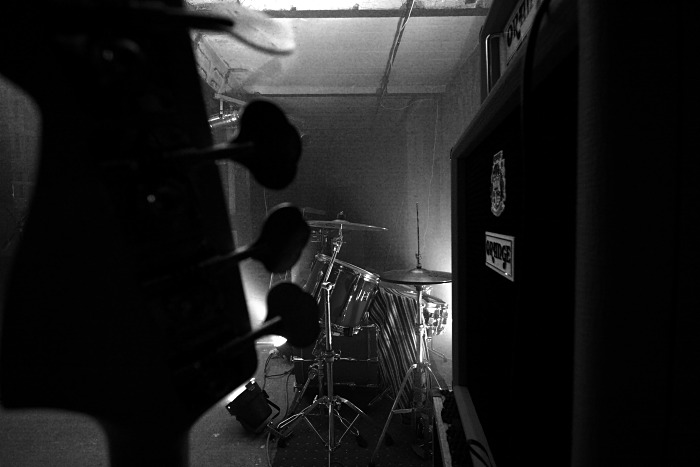 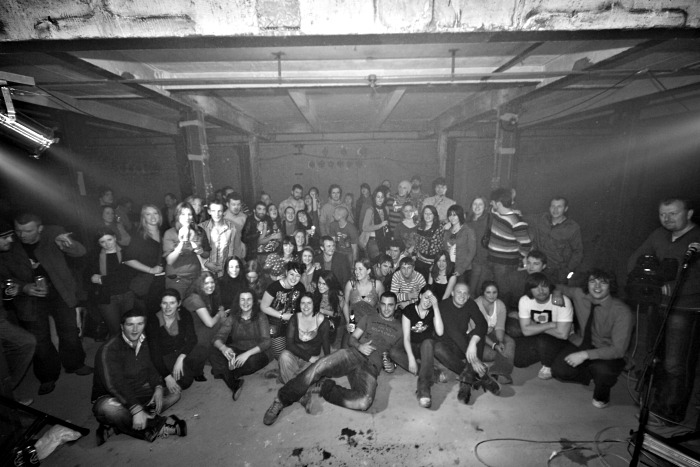 The video was filmed in front of an audience dancing and shouting and having a great time. Although they look relaxed in this shot don’t be fooled. They’re a bunch of mad folk who gave it their all and had a great time to boot!

Sorry for the poor quality of the photo. The room was full of artificial smoke and the autofocus was fooled by it. Liberal use of unsharp mask helped and I am so glad I brought my wide angle lens!

Truely they were the stars of the show! 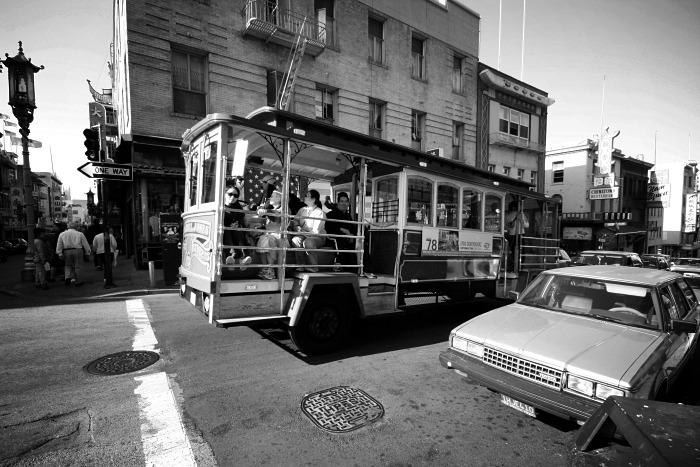 Tourists on the tram

Tourists on a tram in Chinatown, San Francisco. I got lots of smiles and waves from the passengers when they saw my camera pointed at them!