On a trip To Crosshaven with Blarney Photography Club in 2015. The Coliseum in Rome, Italy.

Known locally as “The Abbey”, this ruin was a Franciscan friary that operated from the 1400s to 1796 when the last friar died. In the background you can see the Baltimore Beacon.

Timoleague Abbey, in the town of the same name in Co Cork is an impressive building from the road. I must have driven (or been driven by my parents) past there hundreds of times over the years from childhood on but I don’t think I explored the Abbey ruins until about 3 or 4 years ago.

This is the graveyard surrounding the ruins, on a beautiful April afternoon last week. More on the Abbey here:

Timoleague abbey was founded by the franciscan order in 1240 A.D. The abbey was built on the site of a monastic settlement founded by Saint Molaga in the 6th century. The villages name comes from the Irish for House of Molaga, Tigh Mologa.The abbey was extended by Donal Glas McCarthy in 1312, and by Irish and Norman patrons in the 16th century. The monks were dispersed by the Reformation, but returned in 1604. In 1612 the abbey was sacked by English soldiers who also smashed all of the stained glass windows, but much of the significant architecture remains. The friars remained in the abbey until 1629.

A run down house, barely a shell, sits boarded up on Blarney Street, Cork.

Paddy’s Day was productive, away from the parade! 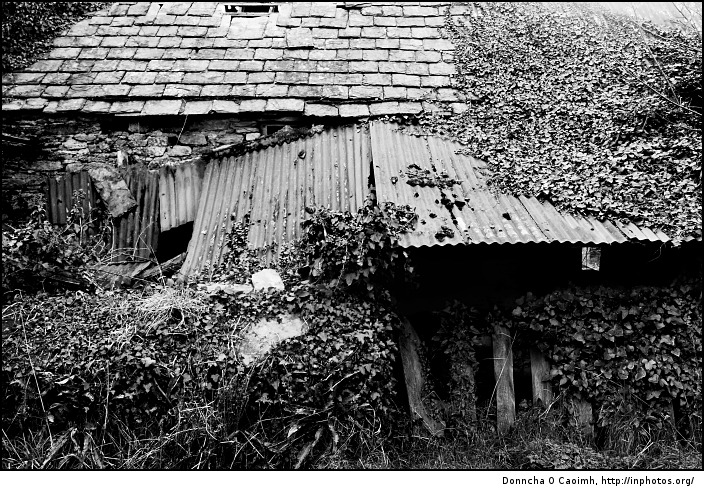 Out in the wilds of Co Cork, to the north of Bantry I found an old deserted farm. The house looked like it had been empty for some time and some of the out buildings were in worse repair.

Don’t forget the photowalk on Sunday! 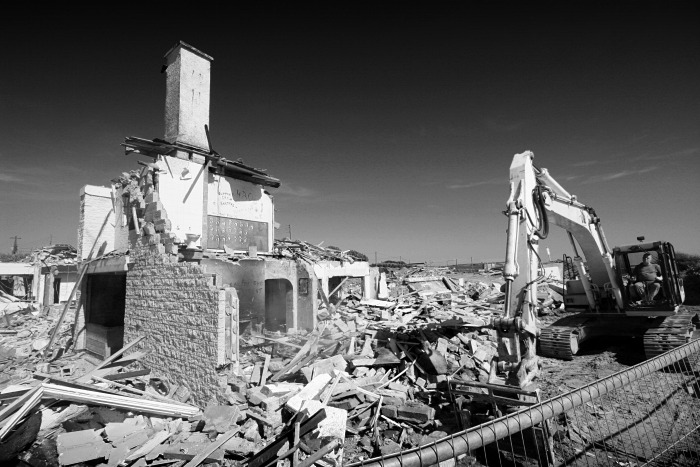 The Atlantic Manor Hotel stood for many a year at Garrettstown in Co. Cork and is even still listed on a travel website but it is gone now. Ryan visited there a while back and took some great interior shots of the decaying ruins before they disappeared.

A JCB operator was clearing up some of the rubble when we happened to drive past last year and as luck would have it, I only had my wide angle lens so I was limited in what I could shoot unfortunately. It does force you to learn a new discipline and work with what you have though.

We drove past there recently and all that remains is barren wasteland. People still have their memories. 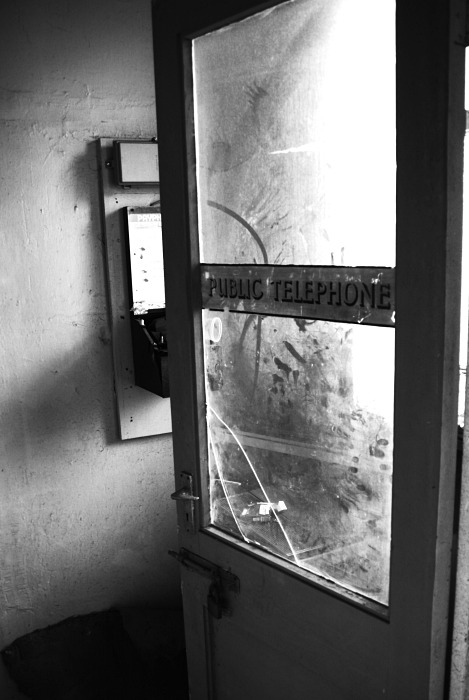 An old and empty phone booth lies neglected. Notice the lock and bolt on the door? I get the feeling this booth hasn’t contained a phone in a long time..

This is the other side of the window pictured yesterday in the mystery hospital.