Budget 14 is started shortly but I doubt these kittens are interested. While visiting friends near Fermoy we went for a walk and came across 5 beautiful kittens wandering down the road. My wife scooped up one of them and a local resident stopped to take the kitten. Eventually, there were three cars parked along a narrow country road and 6 people gathered to try and house the kittens.

Luckily our friends had cat food which helped to lure the kittens but we could only grab three of them. The other two (including the black kitten in the photo above) weren’t as friendly. The three that were rescued are safe now but two of them are in need of a permanent home. Anyone want a really cute kitten?

Bare naked trees are all you’ll see along the Marina in Blackrock at this time of year but in April the leaves are budding and life is returning.

A white van rounds the corner at St. Luke’s Church at St Luke’s Cross in Cork. Taken on the photowalk a few weeks back.

Some of the highways in Ireland aren’t quite up to international standards.

Angela’s Shop and Coffee Dock in Fountainstown Co Cork. This shop has been at the beach in Fountainstown for the last 20 years (according to the owner) but I had never ventured inside until today. We were served lovely cups of tea which we enjoyed outside in the blazing sun.

I had hoped to shoot the women’s mini marathon earlier in the day but we had a busy morning with the baby and weren’t ready to leave the house until 1pm. Sorry Ciara, would love to have seen you and the girls in wedding dresses!

A tunnel under the railway line between Cork and Mallow that eventually ends up in “the big smoke”, Dublin (Only ever heard Dublin people refer to Dublin by that name..)

I believe the road heads to Whitechurch where we’re heading tomorrow for a meal with some Polish friends. There are great winding roads off the main Cork-Mallow dual carriageway. Lovely scenery and some unusual sights. Must rummage through some of those shots and dig out the good ones.

There’s even a Wikipedia entry for Big Smoke! Apparently several cities are known by that name: Belfast, London, Melbourne, Toronto and Vancouver. Interesting.

An empty road curves around Slea Head, Co. Kerry on a beautiful September day in 2006. 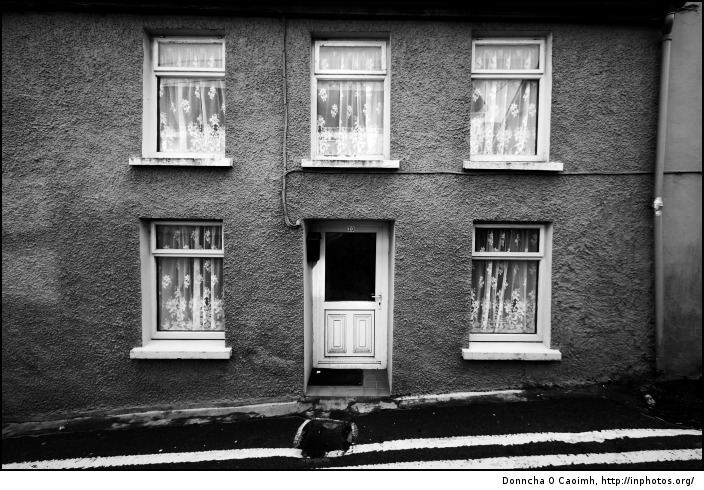 I walked around Bantry Town a bit snapping the local streets and this house appealed to me. I think I saw it in b/w and the lovely texture of the walls.

It could also have been the hill and I wanted a small break from pushing the buggy around too of course. 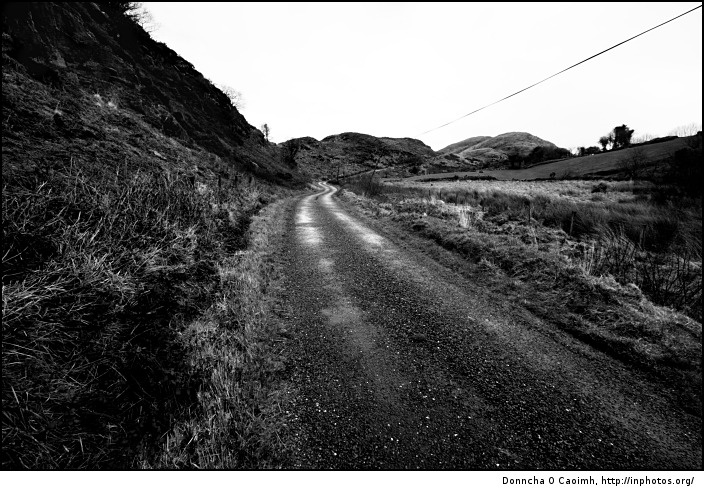 A road winds into the hills north of Bantry. Yesterday’s photo of the Bantry hills was taken just up the road from here!

I joined Red Bubble yesterday and sold a photo already, although I think it was Pete who bought it as I emailed him last night about it. Nice selection of presentation methods too. Cool. 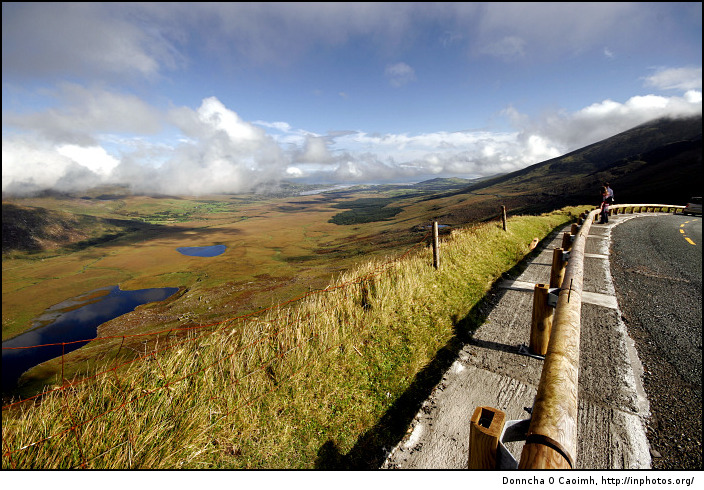 Sunshine on the Conor Pass

This will probably be the final photo from that September 2006 visit to the Conor Pass. It’s taken earlier than some of the others but I’m a sucker for leading lines so it had to go in!
I love the reflection in the water on the valley floor, and the shadows of the clouds.

Must make a trip back there this summer! 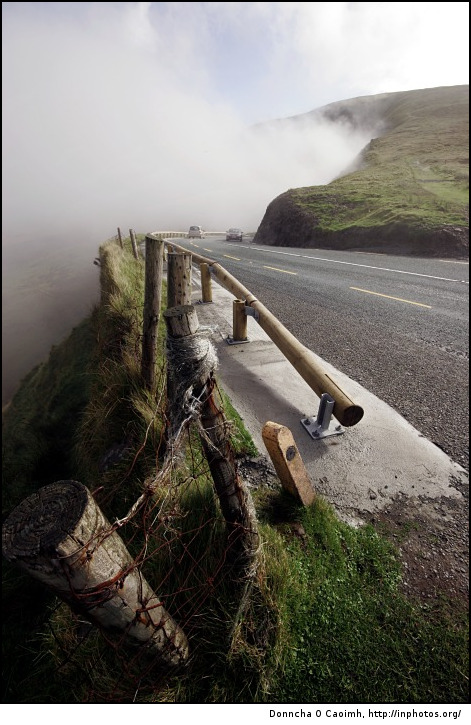 I can hardly see myself

As I said previously, thick fog was rolling across the Conor Pass. It was frightening how fast it moved and the light and scene changed utterly.

Here’s it’s obscuring the road down the Pass, making the too-narrow road even more treacherous. I think by the time we left, even this stretch of road and the car park was covered in a thick white fog.

Don’t forget! If you’re around Cork on March 9th, head to the Lough for 3pm. I’m planning a photowalk around The Lough and all are welcome!