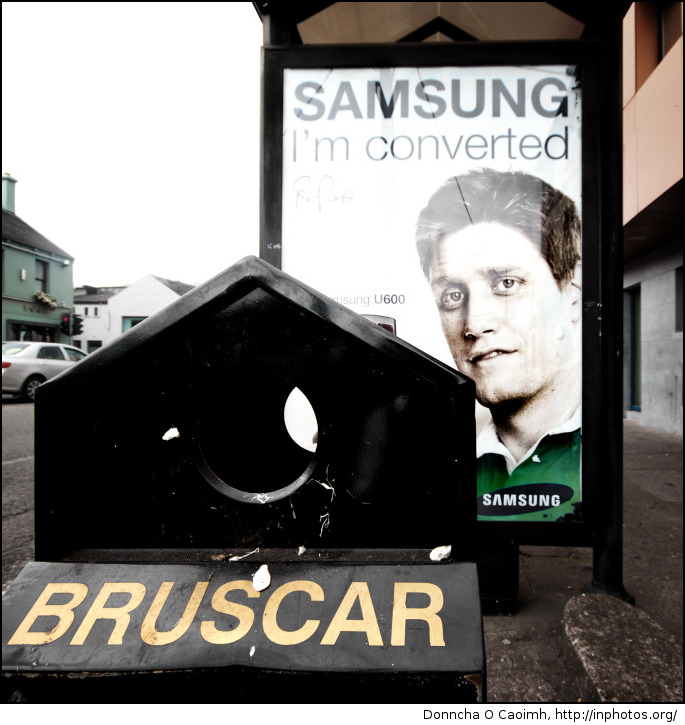 Irish rugby was rubbish in 2007

Irish rugby player Ronan O’Gara was the face of Samsung and many other brands this year. Apparently Samsung announced that their sales dropped because of their association with the hapless team. 😉

“We had no idea how poorly he would play,” continued the Samsung spokesperson. “Not just Ronan, but the whole team. In hindsight the ‘I’m converted’ caption is quite embarrassing because his conversion record in the World Cup was shite. We’re quite disappointed with Ronan, not only did he let himself and the country down, but he let us, a multi-billion dollar company, down as well.”