The cafe of the Victoria & Albert Museum in London is a stunning room at the back of the building. I photographed it while visiting London with a group of street photographers from Cork yesterday. We were over for the day and packed a whole lot of photography into the hours we had there.

This photo is a panorama made from five photos in Affinity Photo. The room is quite dark so the photos were shot at ISO 12800 and even then the photos at the right side of the room were relatively long 1/25 second exposures! 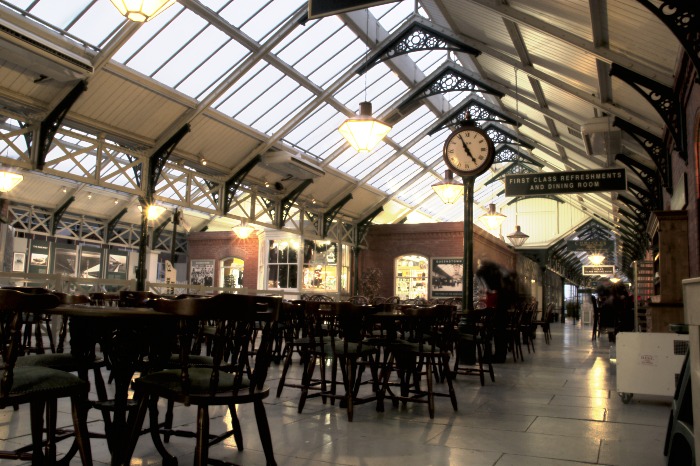 Cobh Train Station, taken just before closing many months ago. It’s a long exposure shot of the interior of a fine building on the quay-side.

“The Queenstown Story”, a museum in the background of this shot is worth a visit and tells the story of the port of Cobh as the last place 3 million Irish people saw before they sailed for the United States. Some of those sailed on the ill-fated Titanic.

The Queenstown Story on virtualtourist.com has more reviews, and pictures of the museum if you’re interested.