The Human League played to a packed crowd in Cork last night. Murphy’s sponsored the event as part of their Little Big Nights Out promotion so there was plenty of the black stuff drunk. I still have my voucher if anyone wants it?

The band played most of their hits, mixing in songs I’ve never heard as I’ve never bought any of their albums. Still, it was surreal hearing them sing Don’t you want me and other songs that synonymous with 80’s music!

Yes girls, there’ll be a picture of Phil Oakley in a few days time … 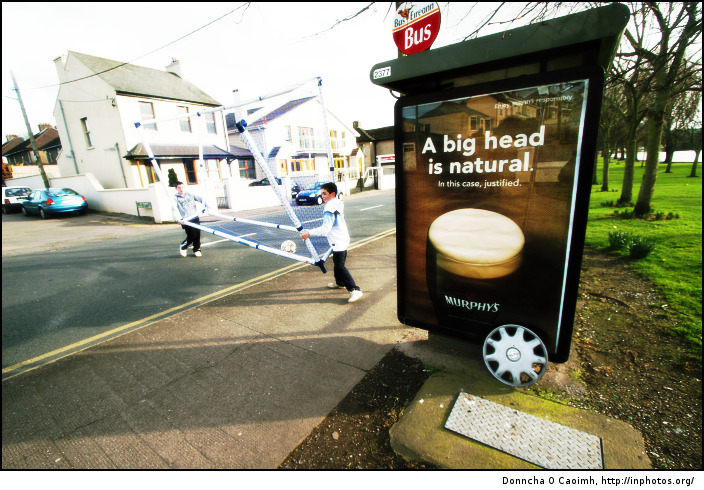 A big head is natural

I was setting up a shot by placing that wheel cap leaning on the bus shelter when these two teenagers ran across the road carrying a football goal between them!

Anyway, there’s the Murphy’s stout advert I wanted to shoot. I wonder if they advertise anywhere else in the country?