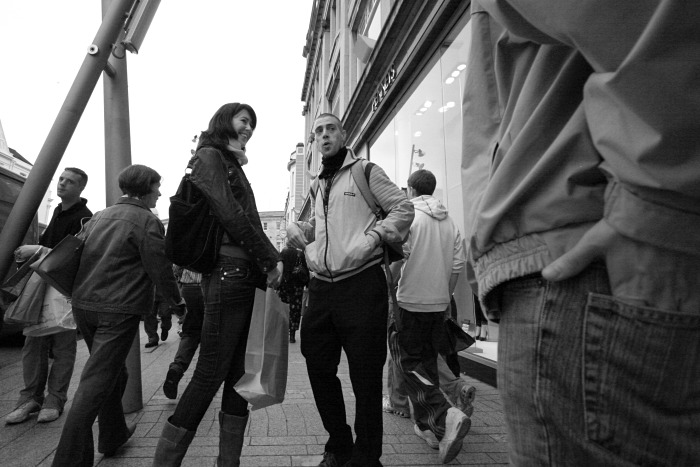 Friends talk and laugh on the street while busy shoppers pass on either side. 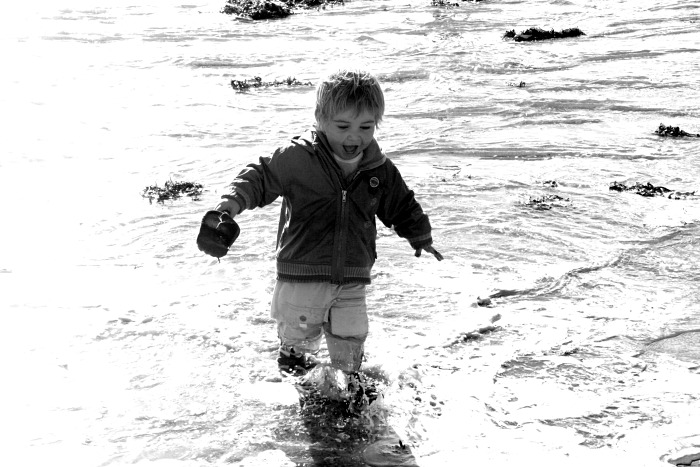 Happy child in the water

A very happy boy runs through the incoming tide at Inch Strand, Co. Kerry. The tide came in suddenly forcing all the adults back but it brought a big smile to this youngster’s face!

Originally shot in colour with the sun behind the boy, I had to brighten the image significantly to get any detail in the boy. That blew out the brighter parts of the image so I made it into a black and white image and I’m very happy with the result.

It was competition night in Mallow Camera Club last night. The standard was amazingly high, but then again, a number of old hands, and pros are members as well as newbies like myself. I had to select 15 images for entry and with some difficulty whittled 30 images down to that number. After all that, there was some mix up with the projector and my images weren’t shown anyway. I don’t mind because the deadline for digital images had been during the week, not on the night, and I think images had been copied into the wrong directory. This photo would have been one of those images shown.

Just got an email from Shutterstock, my check’s in the post! Woo!