Happy new year everyone! This is your reminder if you’re in the Northern Hemisphere that warm days will come again.

And also to change 2016 to 2017 in your applications that don’t support using templates for dates. If you’ve hard coded 2016 in your backup script then shame on you and change it now!

A SuperValu lorry delivers produce to their store in Dingle, Co Kerry a number of months ago. While the rest of the country basked in the first rays of a beautiful Summer we were lucky to get two nice days out of seven.

Love the area though, and the staff of the Dingle Skellig Hotel took great care of us!

This is really looking back into the archives. I shot this in 2004, probably with the Sony 717 and at a guess probably in the park near the Gun Powder Mills in Ballincollig. Long time ago. Lovely day! 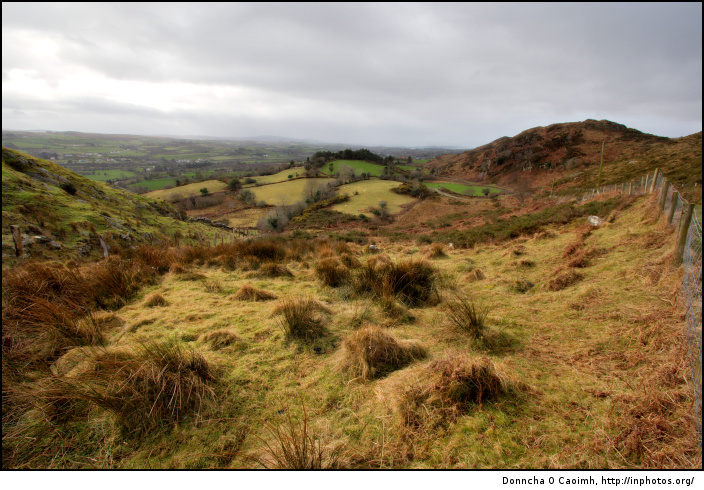 The rolling hills of Bantry

This is one of my favourite shots from the weekend in Bantry.

Basically I drove up the back roads out of Bantry town, then came to another town and picked the smallest road out of that place before going up a tiny little boithirin with barely room for my car. Wonderful. 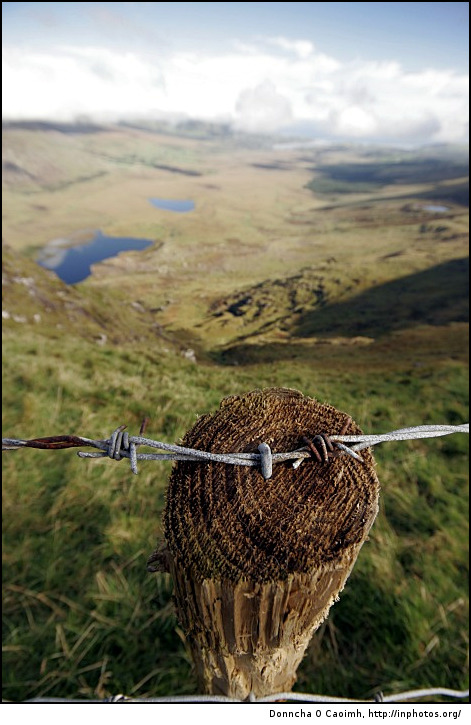 Clouds over the Conor Pass

I’m loath to post photos from the same location day after day but I may as well call this “Conor Pass Week” and get the rest of them out of the dark where they’ve languished since 2006.

After the reaction to yesterday’s Conor Pass photo hopefully you’ll like this one too.

I have another 2 or 3 taken at the same time. The day was perfect for photography, the light was strong and to the side, there was an interesting sky and of course the scenery is beautiful. That was a very successful trip! 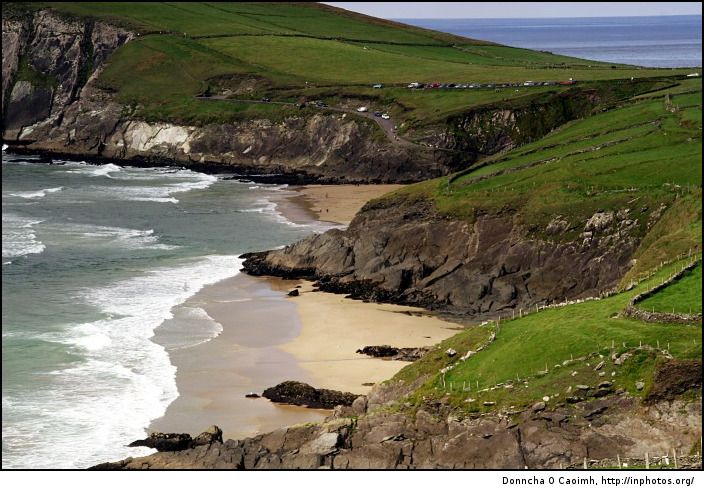 The sandy beach at Couminole

I photographed the beach at Couminole on the Dingle Peninsula back in 2006 when there was a beach there. There was no sand to be seen during repeated visits there in September 2007.

I had actually quite forgotten I had taken this so it was nice to see the lovely sandy beach!

Trivia – a well known member of Mallow Camera Club who shall remain nameless was caught by the tide and had to remain sitting on the rocks for several hours in wet, foggy and rough conditions until the tide went out again. 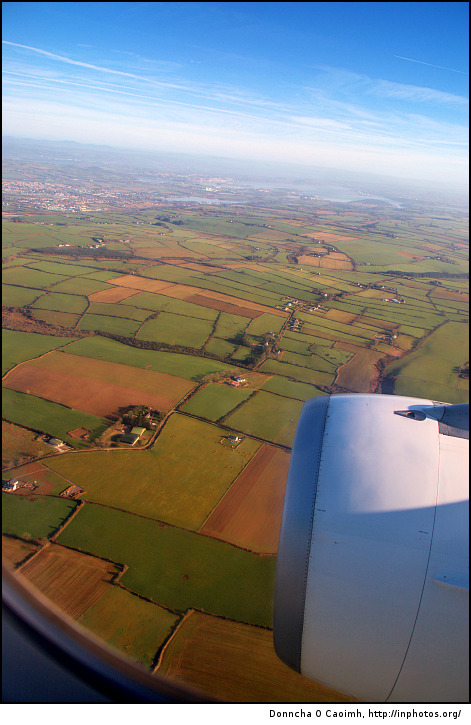 The Fields of County Cork

On the way into Cork Airport I snapped this shot of the beautiful green fields of Co. Cork.

After the desert landscape of Arizona it was a relief to see familiar countryside again. 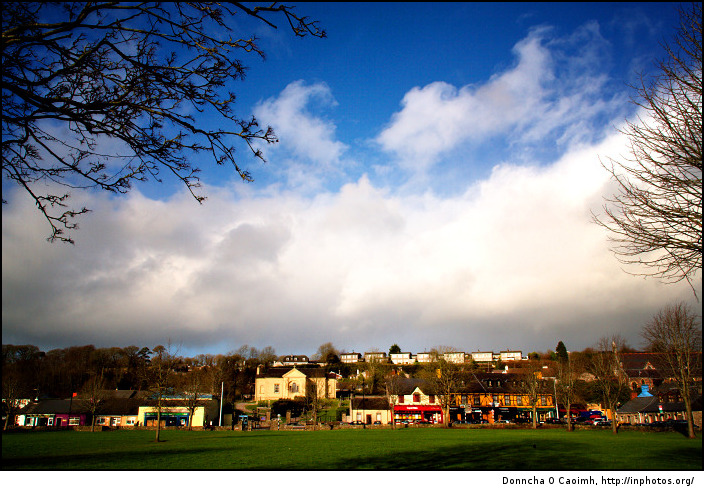 Blarney on a sunny winter day

This is the centre of Blarney village. It’s a lovely large green, enclosed on all sides by walls and with gates on the north and south sides.

Just goes to show, it’s not always raining in Ireland! 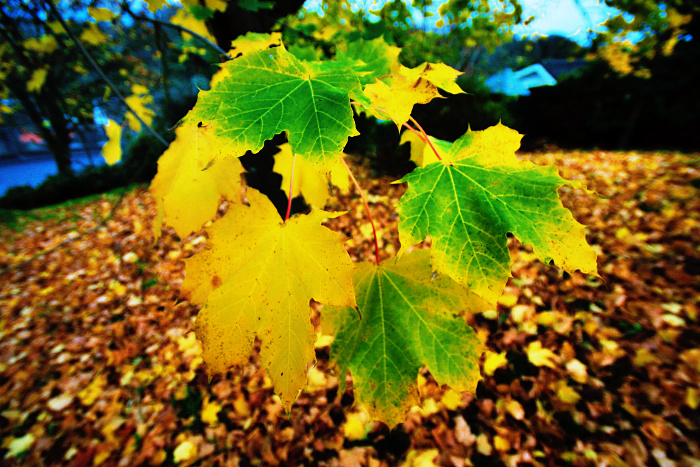 Just over a month ago, some of the trees around here still had leaves. I took the camera with me one evening when we went for a walk around the park.

The leaves were a lovely bright and vibrant colour, but obviously this has been a little touched up in the GIMP afterwards! 🙂 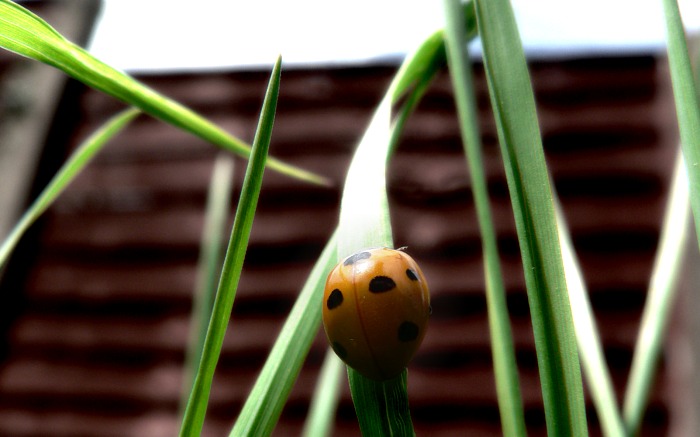 Oh so high! When you’re tiny a few inches off the ground can appear like a huge drop to you.

The ladybird scurried away after this shot to get some peace and quiet from the camera toting freak in the garden! 🙂