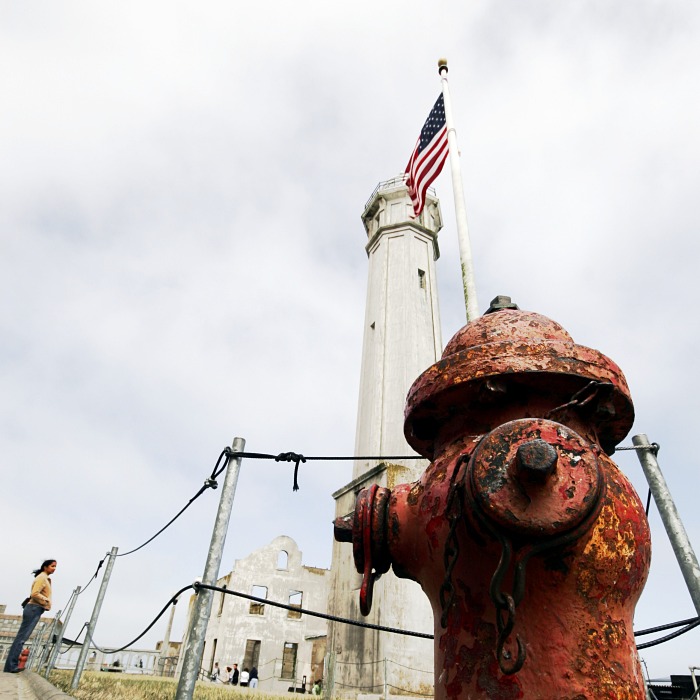 The Stars and Stripes on Alcatraz

The flag of the United States flies over Alcatraz Island on a windy August day.

This was originally a portrait shot but I squared it off to emphasize the vertical and horizontal leading lines. The hydrant is much more prominent in the foreground too. The red rusty texture beloved of all photographers sets off the clean lines of the red stripes in the flag.

I took a photo of an even older flag several months ago. It belongs to my uncle and has only 46 stars!