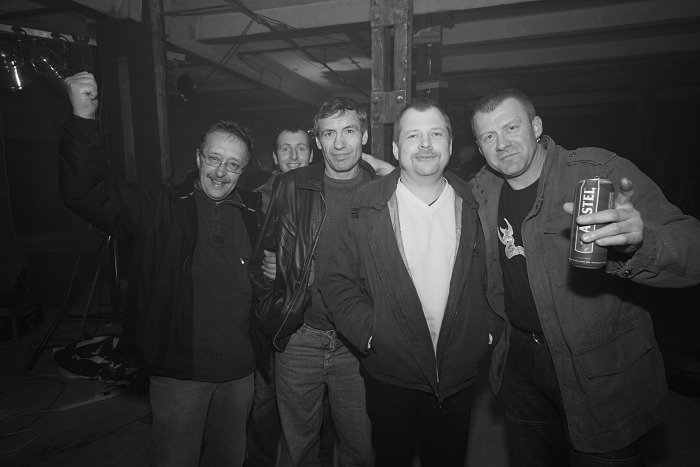 This group of lads wandered into the old switching station on Caroline Street during the filming of Stanley Super 800’s video so I took their photo.

Apparently they are a German Deep Purple cover band but it was hard to figure out what their name was because they hardly spoke a word of English and my German is non-existant! They were playing in the Old Oak that night so chances are they’ll be back!

The guy in the back is in the Stanley Super 800 video. Look out for the bouncers, he’s one of them. I can’t remember his name, but I had a great chat with him during the filming.