Digital Photo School’s latest posting is about the eternal question, RAW Vs Jpeg? It’s a really good read and goes through “what a RAW file is .. compared to a Jpeg” which can be a bit mysterious if all you’re used to is uploading images straight from your camera!

The article was written in response to this discussion on Flickr on the same subject. I skimmed through the thread, but the very last comment pointed me at Raw Studio, a GPL licensed RAW converted for Linux, Windows and Mac and any other OS that supports GTK+.

It’s still rather new, being only at version 0.3 but I downloaded the very latest code from SVN and it worked fine. I pointed it at Matt’s RAW photos of my wedding and a few moments later up popped a thumbnail browser, preview window and side-panel controls. There are no automatic auto-exposure/auto-everything options but the auto-white balance worked perfectly.

It uses dcraw, the RAW conversion engine used by many projects, including Google’s Picasa (and no, there is no virus in the Linux version!) and my favourite GIMP RAW plugin, UFRaw. Linux RAW has a good overview of Linux software for working with RAW images. 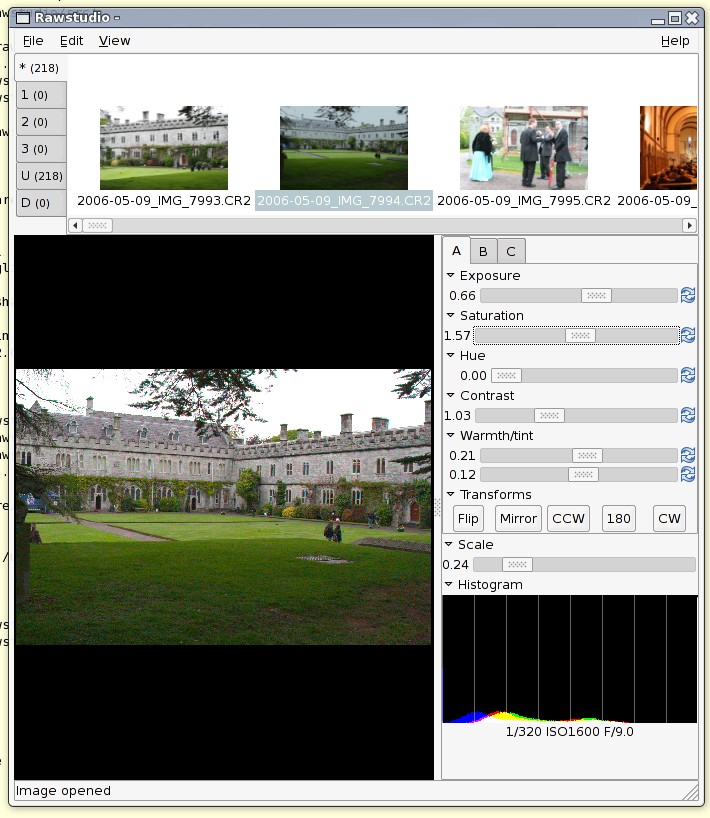