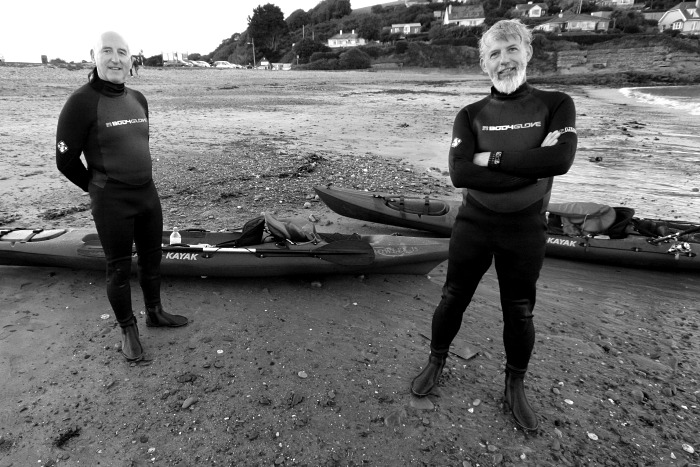 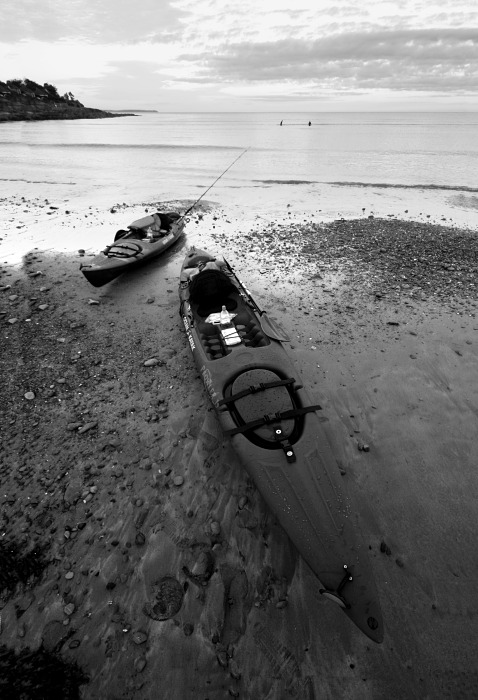 Daniel O’Connell and Michael Quane on the beach at Fountainstown. They’d been out on the kayaks for several hours but were kind enough to chat to us and allow me to take their photo.
Michael Quane is a celebrated artist who has exhibited internationally and has many public works to his name including the statue, “Horses and Riders” , on the roundabout in Mallow! You can find out more about his work by searching Google.
Daniel O’Connell of course shares his name with a famous character from Irish history.

I forgot to mention. the photo of the kayaks had to be rotated about 1.35 degrees right to get a horizontal horizon. I filled in the white spaces left behind with a liberal use of the clone tool. Thankfully a sandy beach is easy to clone! To get an even exposure I copied the image into a new layer where I brightened it up. The sky was over-exposed but by using a layer mask and a gradient I hid that sky and was left with a nice bright area right at the sea shore.

I have been deployed all over the world from Bosnia to Kosovo, Afghanistan and Iraq for the first part of the wars with the 101st Airborne Infantry. Currently I am back in Iraq in OIF 3 attached to a Signal unit to help them out, I have been here since May 2005, I have just volunteered to stay till Jan 2007 well I hope you enjoy these pics I will have more of the day by day