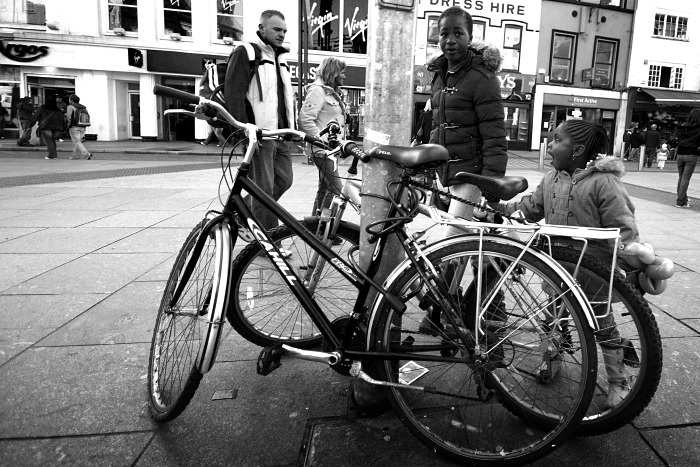 His and hers bikes locked up against a pole in Daunt Square, Cork last February. Looking at this with fresh eyes, I was lucky to catch the people behind the bikes without at least one of them standing behind the pole!

I love the expressions of the two girls closest to the bikes. I wonder if they’re sisters?

I have to get out and take more street shots soon. I can’t remember the last time I “shot from the hip” and Cork City needs recording!

Link love: Thailand: What’s love got to do with it?, Spring Lamb (Thanks Markr), Great blogs of our time, Part One (thanks for the link Niall!), A Collection of Inconvenient Facts, When Your Agent is Not Your Friend – read if you sell to a microstock site, My Top Five Wedding Photography Tips For Point-And-Shoot Digital Users, Crop This! (via), Trash the dress (via) 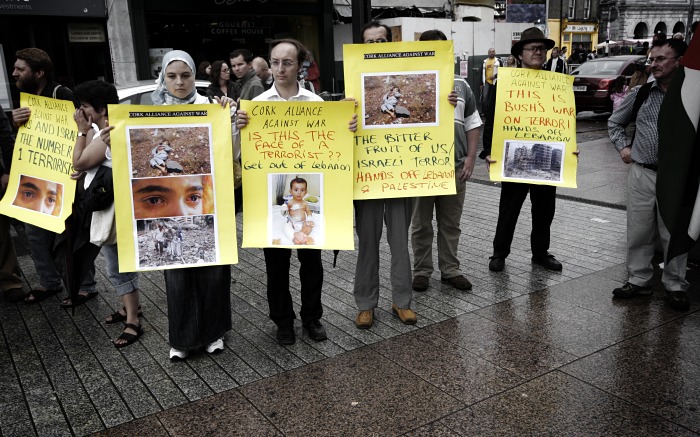 On Saturday afternoon, Cork Alliance Against War held a protest against the war in Lebanon.

After reading this story about the Kudsi family I have a lot more sympathy for them. Their house was bombed early one morning and most of the household was wiped out.
“In the early hours of the next morning, as Rayan, 30, slept near her daughters Alice, 6, and Celine, 3, an Israeli warplane dropped two one-ton bombs on their house in Hoshe, a village south of Tyre.

Rayan, her girls and her 78-year-old grandmother Um Zuheir were killed, probably when the first bomb struck the villa’s concrete roof just after 4.30am. The family’s tenants, a United Nations official from Ghana and his wife, also died.”

Branedy says it better than I could. Israel really has lost the war. 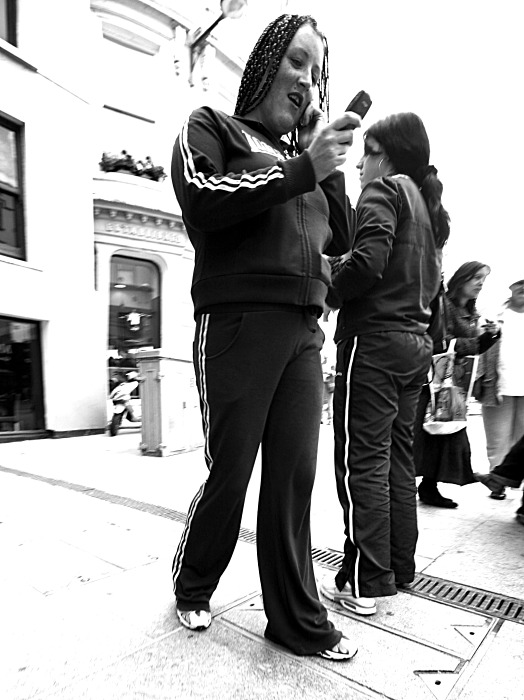 A girl on the phone in Dawnt Square Cork, dressed in the height of youth fashion: the obligatory tracksuit!